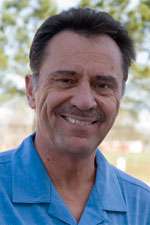 Bass anglers are creatures of habit.

When we get to our favorite lakes, we’re drawn to the same baits that we caught them on the last time we were there.

That’s fine. But what if it’s a totally different time of year?

Like winter, when the fish can be lethargic and last summer’s baits are less appealing.

Make no mistake about it; the fish still eat the same forage, and several of the summertime bait genres still work.

You just have to choose those that have more appeal to the mood of wintertime fish and oftentimes fish them differently.

“Everything slows down,” says Georgia pro Drew Benton. “Shad are slowing down and in some cases, even die. I try to have that mindset with each bait I’m fishing.”

So, how do you narrow those choices for wintertime fishing on lakes that remain open year-round? We asked some of our Bassmaster Elite Series pros, and here is how they tweak their presentations that time of year:

The spinnerbait plays for Alabamian Kyle Welcher when he’s fishing shallow, like around rocks or logs.

However, he says bass like to get around any vertical cover, like dock posts, during the cold-water months.

He chooses a lure with a large Indiana, Colorado or No. 7 willowleaf blade.

“The water is really cold and it’s denser, so that makes the ‘thump’ of the blades transmit in winter,” he explains. “Bass can feel that vibration better. Plus, those big blades help me slow down the bait, which is important when the water is cold.”

Benton likes the Colorado, as well. He fishes one or two blades on his Nichols spinnerbait.

“If I want it to thump and slow down, like when fishing dirty water, I’ll go with the single Colorado,” he describes. “If I want to fish shallow but not as slow, I go with the double. If the water is real dirty, I will include one Colorado painted orange.”

“On some of our lakes, the fish will suspend in 25 feet on standing timber, and the spinnerbait is really good for that because it doesn’t get hung up like some baits,” he explains. “I also will fish it on turns along creek channel breaks that have some rock or brush.”

That’s where he will slow roll either a 5/8- or 3/4-ounce Buckeye spinnerbait with standard-size double willow blades.

“When the water is really cold, I like one of my blades to be gold and the other nickel,” he says.

This is one of the most popular methods for catching winter bass, but the pros say tight-wiggling baits tend to work best.

“When the water is 55 degrees and above, I’m fine throwing squarebills,” says Benton. “Temperatures below that, you’re better with a tight-wiggling crankbait. That’s when flat-sided baits shine, like the Bagley Flat Balsa B. You just get more bites on the tighter-wobbling baits.”

Louisiana pro Tyler Carriere agrees you don’t want a lot of wobble. He opts for a Rapala DT6 for fishing less than 6 feet and targets rocky areas — riprap, concrete or shale. When fishing deeper, he uses a Bandit 300.

“Bass like to hang around hard objects because they retain heat,” he explains. “Most of the bait is smaller, so you can get away with a smaller bait. I generally fish a medium retrieve but want my bait bouncing off the rock to get that reaction bite.”

Welcher also monitors changes in water temperature. During warming water, he will pick up a wider-wobbling bait. If the water temperature moves from 50 to 47, he’ll go with a tighter version.

“I believe fish get used to whatever water they’re in,” he says. “A slight increase makes them get active, whereas a decrease slows them down.”

Welcher fishes crankbaits the same places he will throw spinnerbaits. However, he also likes to crank rocky bluff banks with tighter crankbaits and slightly wider wobblers on flatter banks.

“On flatter banks, the fish are more spread out and I feel the bigger-bodied baits with a wider wobble help draw fish to them,” he explains.

Williamson favors red or brown crankbaits that time of year. His favorites are the Rapala DT10 or Spro RkCrawler with either a medium or slow retrieve.

“A lipless crankbait also can be good this time of year, especially around vegetation or over hard bottoms,” he adds. “I try to keep the bait in contact with the bottom, or I’ll rip it over the top of the weeds.”

He suggests the Yo-Zuri Rattl’n Vibe in red for those techniques.

Be it for Texas rigging, shaky head fishing, jig trailers or swimbait tactics, the pros tend to agree that slow and subtle seems to be the guiding factor in choosing plastics.

“If I’m dragging a bait on the bottom, I go with less action and will use a Zoom Super Chunk on my jig,” he explains. “But if I’m pitching to a deep dock, I’ll use a jig with a NetBait Paca Slim because it falls slower and has more draw power for the suspended fish.”

Shaky head fishing with a straight-tail worm is a common wintertime technique.

“Especially if they won’t bite a jig,” Welcher says. “On tougher days, or if the water is ultraclear, go with a slimmer soft plastic like a Zoom Trick Worm.”

He loves the Buckeye Mop Jig because of the living rubber skirt that he says “breathes” even when the bait sits still. He adds the Zoom Super Chunk as a trailer.

“The fish are lethargic, and the Super Chunk only moves when you move the bait,” he offers.

His shaky head rig consists of a Buckeye Spot Remover Jig Head fashioned with a Zoom Tiny Fluke, while his drop-shot bait is the Zoom Swamp Crawler.

Carriere likes to flip the Yum Christie Craw on a Treeshaker Jig around Louisiana cypress trees when a lot of crawfish are present. The lure has a low profile and isn’t really bulky.

However, if he’s fishing a smallmouth lake, he likes to fish a football jig around points next to channel swings and will use either the NetBait Paca Craw or a Christie Craw as a trailer.

When on a grass lake, Benton will rig a Big Bite Baits BFE on a Texas rig and punch through dead hyacinths or hydrilla mats that tend to hold water. He said the bait penetrates well with a heavy sinker, and with a 5/0 hook he gets good hookup ratios.

Smaller swimbaits also play well in cold water. Many pros use them as trailers on spinnerbaits and bladed jigs or fish them on jigheads.

For example, Benton will put a 3.3 Big Bite Baits Pro Swimmer on a spinnerbait for fishing around laydowns or dock edges to help keep the lure near the top.

Welcher says he will throw a 3.8 Keitech swimbait on a 3/­16-ounce Untamed Tackle Scout Jig in the same places he would throw a crankbait.

“In real clear, cold water, I will get more bites on this rig than with crankbaits,” he insists. “I’ll slow roll it at a speed I can feel the tail thumping, such as in current eddies and around bluffs or docks. It’s like wintertime wacky fishing because you often see the fish come up and eat it.”

Williamson says he’s had success on blueback herring lakes by fishing a Zoom Swimmer on a Buckeye J-Will swimbait head.

“I slow roll it over ditches in deep water,” he describes. “The swimmer not only imitates the blueback herring well, but it doesn’t have too much action for cold water. This is when you want a swimbait tail with subtle action.”

Swimbaits are equally popular for fishing behind bladed jigs and enable anglers to slow down.

“I like the NetBait Little Spanky over a twin-tail-style trailer because it helps get the bait deeper and the twin tails give it more lift,” explains Welcher.

Benton likes the Big Bite Baits Kamikaze Swimon because “it’s not real bulky and will keep your bait down in the water column near the deeper grassbeds.”

Like most anglers interviewed, Carriere likes the Evergreen JackHammer bladed jig and will add a Zoom Tiny Fluke as a trailer. However, he says, the Wager Baits Calcutta Jig — a bladed jig with synthetic hair material — is ideal in cold water.

“When I slow it down, the hair flares out,” he describes. “I think that helps when the water is cold, and it’s different than a lot of the regular bladed jigs the fish see that time of year.”

Suspending jerkbaits can coax a languid bass into striking. It’s a tool some pros use year-round, but it can be extremely effective during cold-weather months.

And because the bass are not in a chasing mood, the jerkbait angler must be patient, working it slowly with long pauses in between.

“You have to experiment and find the one that suspends well,” says Benton. “I throw everything from the Megabass Vision 110 [to the] Lucky Craft Pointer and Spro. As long as I can get one to suspend the depth I need, it doesn’t matter. Jerkbaits all react differently in various water temperatures.”

If you have one that wants to rise, he adds, you can replace a hook with a larger one to get it to suspend properly.

It’s equally critical to vary your cadence when “slashing” the bait. Don’t use the same methodical, jerking motion.

“Imagine a fish down there looking at it and he’s playing cat and mouse,” Benton notes. “Try different twitches and cadences to get him to react.”

Carriere says he prefers wintertime jerkbaits that taper down along the back, like the MegaBass Vision 110 or Plus One.

“I don’t like a big, bulky jerkbait with a wide body that time of year,” he notes.

Williamson likes the Vision 110 as well but admits he often goes old school with the Smithwick Rogue that he has painted in blueback herring colors.

“It’s got a tighter action, and I go to some places where the fish simply prefer that,” he says. “I twitch it with pauses, but sometimes I make long sweeps and pause longer when the water is really cold.”