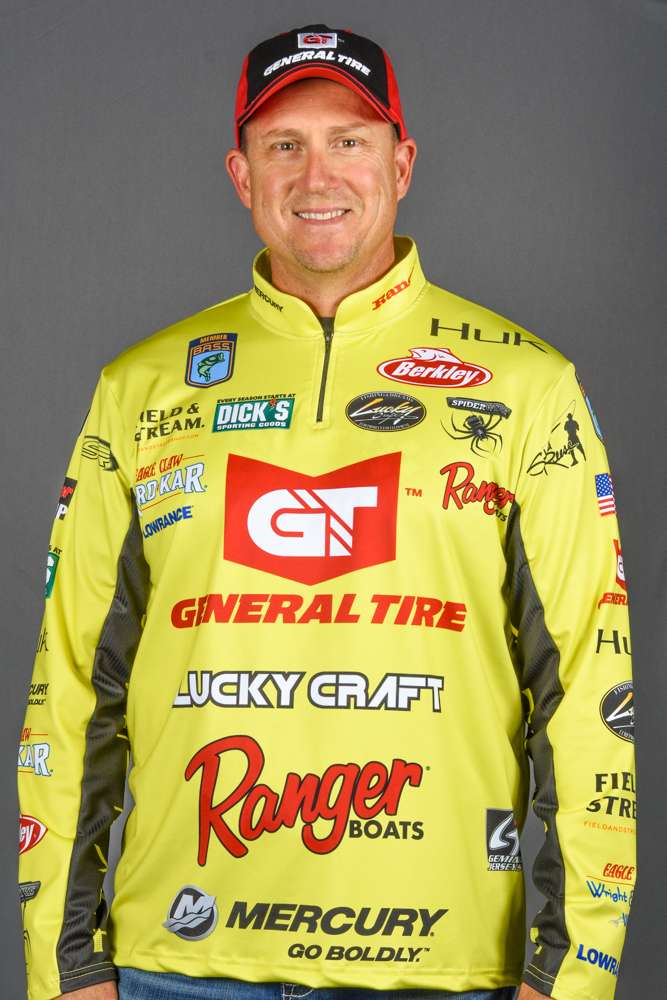 Well, the Toledo Bend Elite Series event is behind us, and all I can say is that it was a major pain in the neck – and my hand if you saw the video of me removing the jerkbait from my hand. At the same time, it was one of the happiest tournament weeks I can remember in a while.

The reason for that, I got to watch my best friend – my roommate on tour for 25 years – John Murray, win the Blue Trophy, and I couldn’t be much happier if I’d have won it myself. I’ll talk more about that at the end because we want to end on a high note.

My week can be summed up in one word – AAAAHHHH! One of these days I’ll learn not to put all of my hopes in the big baits; they can put you on a high and can throw you off the roof too.

If I was asked to give a title to my tournament at Toledo Bend, it would have to be “The Demise of the Big Bait.” I have what should be described as a love/hate relationship with large lures. On one hand I know that if everything works out, I can separate myself from the field in a hurry. If I don’t, the event is going to be a grind.

As I’ve “matured” as a big bait angler, I’ve learned that it is a high-risk bait selection, and you really have to pick your battles when it comes to committing to them or not. The bad part is this – you usually don’t find out it’s the wrong time to throw them until it’s too late, and I probably spent too much time chasing it.

I had good reason to though, in practice I had a 6-pounder and couple of 5-pounders that I caught, and after I took the hooks off, I had an 8-plus that absolutely crushed the bait and took off, stripping drag the whole time. Remember, I said the lure didn’t have hooks, so she wanted that bait.

I caught a key fish each day on a variety of big baits – and had some fails – and I had to scramble and fall back to more conventional baits, like a Berkley Havoc Bottom Hopper and Lucky Craft Pointer 100 and 128 jerkbaits to fill in around them.

Altogether, I ground it out and put together 41-2 for three days and finished 34th. It felt good to get a check after two debacles in the opening events of the season, but I’ve got a big hill to climb to get into Classic qualification range.

Now to John. It was really fun to watch him win an Elite Series tournament, and when I say watch, I did. I don’t think I’ve watched that many hours of Bassmaster LIVE in the past two years combined. I thought about launching the boat and going out there to watch him, but it’s not like I could hide in my big ol’ yellow and black Eagle Claw TroKar / General Tire Ranger. I didn’t want to add to the pressure, so I stayed in the house and yelled at my iPad instead.

There were a couple of times he stopped throwing the crankbaits and jerkbaits and picked up a worm, so I yelled at him through the iPad to not be such a wussy and to pick up the real baits and go for the win. Obviously, he knew what he was doing, but I was still trying to help him with a Jedi mind trick.

I’m really happy for John, his wife Amy and their son TJ. He is one of the best people I know, and I’m glad it was finally his time to win; that was a lot of fun to watch. We celebrated that night back at the house, it was really cool.

Hey, before I sign off, please don’t forget the $10,000 Ultimate Grand Prize Raffle we are doing on May 6 to benefit Tackle the Storm, the Auburn Recreation District’s Youth Assistance Fund, the Meadow Vista Friendly Neighbors program and Kids First Now charities.

We still have about three weeks until the raffle ticket sales on my website close, and I really hope that everyone who reads this will consider buying a raffle ticket for $10. Not only can you win $10,000 worth of great stuff, but it will help some worthy charities continue their missions of helping children experience love, fun and health.

Tickets are on sale at SkeetReeseInc.com until midnight May 5, 2017, and the drawing will be held May 6, 2017. The winner will be contacted and announced on my Facebook page.

Thanks, and now that you’ve finished reading my story, get off your devices and your butts and go fishing…