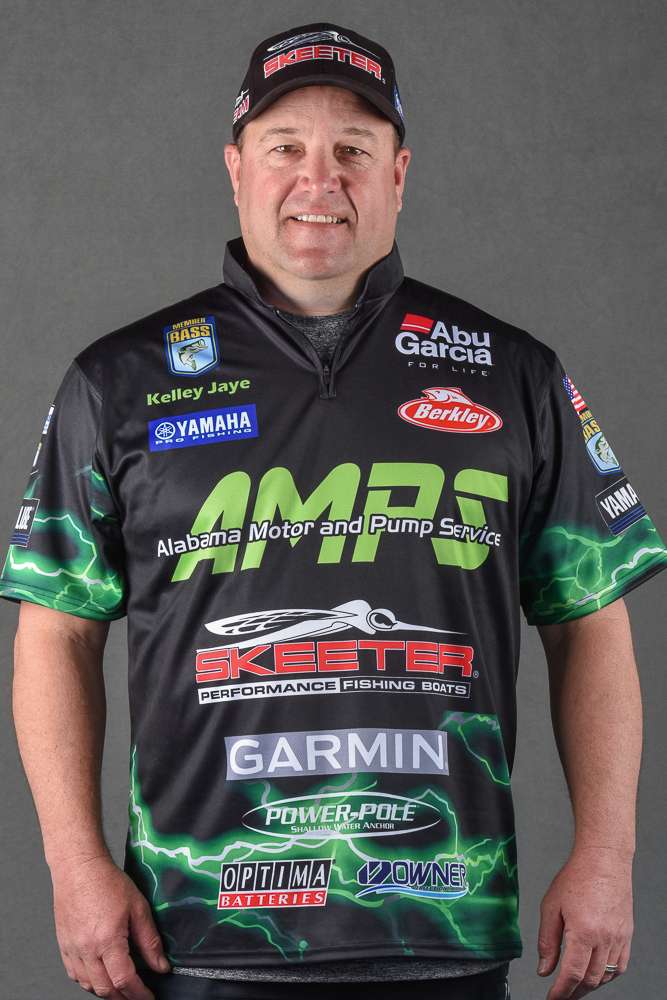 After a long offseason we are creeping up on the start of the 2019 Bassmaster Elite Series campaign, my seventh season on the tour and one that I’m really excited about. In addition to desperately wanting a blue trophy, I’m also anxious to qualify for my first Bassmaster Classic. In order to do that, it’s critical that I start the season strong at the St. Johns River.

Strong starts have not been the norm during my Elite Series career. It seems like I start off behind the eight-ball just about every time. In six tries, I’ve finished in the money twice – 47th at Seminole in 2014 and 51st at Cherokee in 2017. Twice we’ve started at the Sabine River, and I’ve ended up a dismal 98th and 103rd. When we began at the St. Johns in 2016, I didn’t completely bomb, but my 64th place finish didn’t get me the jump on the year that I needed.

The most painful opener of all, however, was last year at Lake Martin, where I ended up 100th.

It stinks to do that poorly in any event, but it hurt me even more for two reasons: First, it was the season-opener; and second, Martin is my home lake. I live five minutes away, and I have decades of history there. Also, I put in a ton of time before the lake went off limits, to the point where I could tell you which angle to approach the brush piles from, but then a freak snowstorm blew through and it changed everything. The fish that were down the lake in 20 feet of water moved out to 50 feet, and the largemouth up the river that were in 15 to 20 feet moved up to the bank.

In hindsight, I shouldn’t have fished my history. I should have deleted every waypoint from my GPS and sought out a pattern rather than hitting a series of spots. The anglers who did well were the ones who tied on a crankbait, put the trolling motor down and covered water. I failed to adjust and that was my demise. Making it even worse, I didn’t fish another B.A.S.S. event until mid-April, so I had two months to dwell on it. I couldn’t help but look at the Toyota Bassmaster Angler of the Year standings and soak it in. Every time I looked at the internet I’d see a story about “Top 10 Patterns from Martin,” or something like that, and I’d kick myself.  It would’ve been a lot easier if I’d had another tournament the following week where I could have redeemed myself.

This year we’ll start at the St. Johns, which hasn’t necessarily been kind to me, but I feel like I’ve figured a few things out. I also feel like the earlier start (February versus past trips in March) should benefit me – it’s likely to make it a grind-it-out tournament rather than a slugfest, and I think that benefits me. I also heard before the cutoff that the grass is significantly diminished and that’s another factor that works in my favor. Last year I earned two checks on lakes I’ve never been to before, so I’m going to treat the St. Johns like an all-new fishery.

If I can thrive there, we move on to Lake Lanier, a really good spotted bass fishery that I expect to set up to my liking. It would be fantastic to get two good events under my belt early, and then head to Lake Hartwell in South Carolina. Those three give me ample opportunity to get solidly situated in the AOY standings before we head to Winyah Bay, the one true wildcard in our schedule.

When we competed on Winyah Bay in 2016, I finished a disappointing 78th, but that’s a bit deceptive. I had eight fish for 12 pounds, 14 ounces over two days which put me just a few pounds outside of the cut. It was one of those tough tournaments where one or two 3-pound bites made a huge difference, and I think I’ve gotten better in those situations since then.

Of course, the big decision at that venue will be whether to make the long run or to stay close to the ramp. Most of us would prefer to stay close and not risk a mechanical failure or getting stuck on a mud flat like Davy Hite did last time. If I start the season off strong, then I’ll be in a position to take a risk, but if I struggle in the early going then it’s often necessary to play it safe to avoid writing off the whole season by the midway point. That’s why it’s so critical to start off strong – it gives you options and frees you up to make the right decision under a given set of conditions.

You only get one mulligan per season in this sport, and it doesn’t pay to use it early.