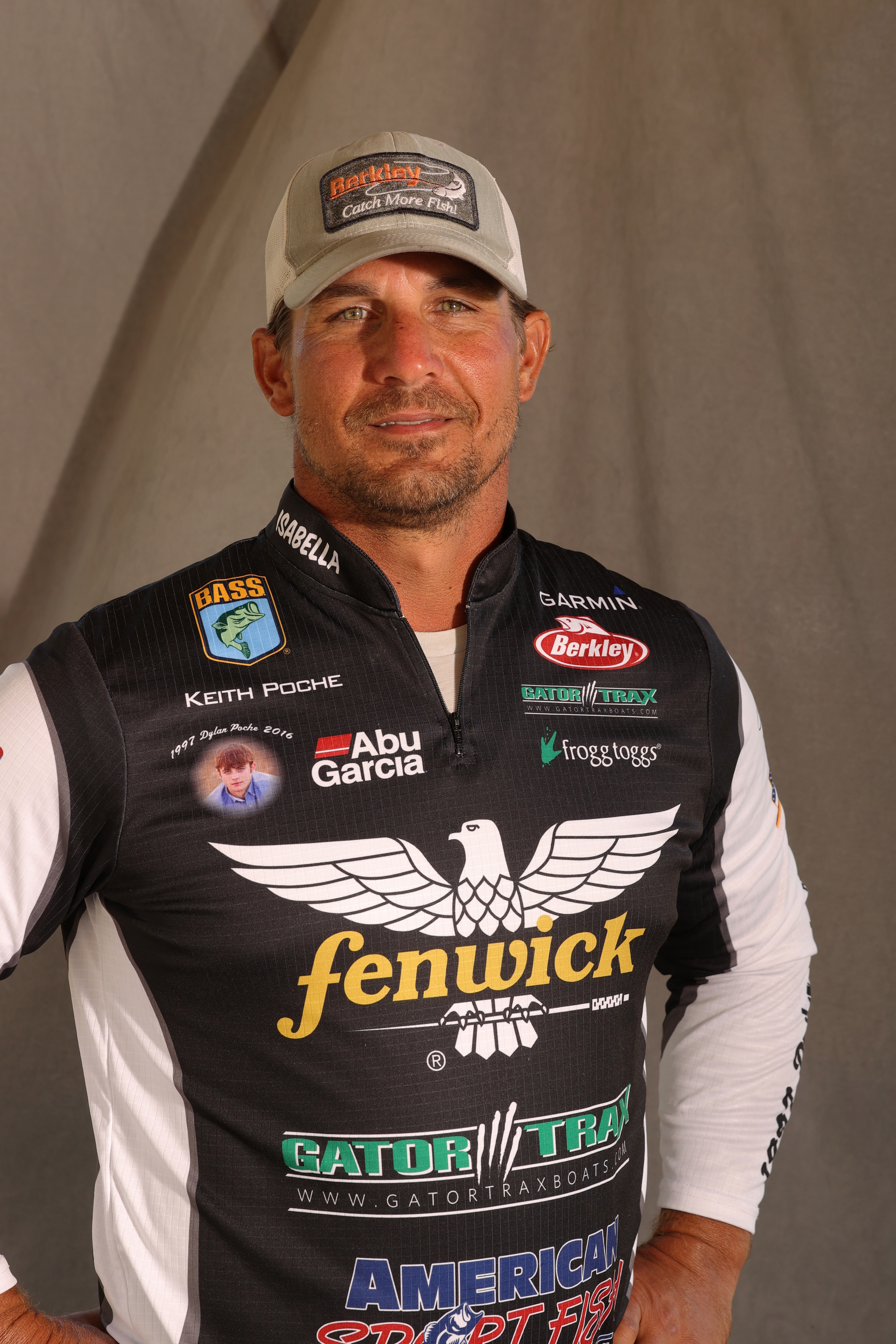 I can’t help but smile when I think about winning the St. Croix Bassmaster Central Open at Red River presented by Mossy Oak Fishing. So I have been smiling a lot. I have fished the Opens for many years and of course that is originally how I qualified for the Bassmaster Elite Series back in 2009.

I have been so close to winning so many times over the years. I have had top 10s, but I don’t know if I led a day before this year. I led the James River earlier in the year and lost the lead to Kenta on the final day. They are so hard to win. There are so many good anglers out there fighting to get that trophy.

The Red River is special to me. It hosted my first Bassmaster Classic, and I led the first day and had a shot at winning. I lost a lead at the Classic there and then I fished several Opens and did really well and but never got it done. So showing up on a really tough fishery where the fish aren’t biting and finding something different, then going off the grid and doing me really paid off. It was my tournament to win, and the decisions I made were meant to work out.

The Classic is an unbelievable tournament. It is an event that every professional or young angler willing to pursue fishing wants to fish. My first Classic I attended was at Lay Lake, and I was like, “Wow, I want to walk across this stage!” Anytime you get back to the Classic and have an opportunity to fish it is special and a life-changing experience — especially if you can pull it off and win.

I caught 99% of my fish at the Red River on a 3-inch Berkley Pit Boss using a 7-foot, 6-inch Heavy Fenwick rod. I caught one 3 1/2-pounder on a shaky head with a Berkley The General.

My off-the-grid strategy is something I have been doing for a long time, and I had been fighting it for a while. Part of that was not having the right boat and right equipment. With the help of my Gator Trax Boat and my 90 HP Mercury, I have grown into it over the past couple of years.

Every angler, at some point, finds their niche. They find themselves or they end up getting weeded out. I have found my niche. It is something that has grown over the last several years, and the pieces are starting to fall in place. I am getting more confident with it and trusting my instincts. It is a chance you take, and there are a lot of variables that take place.

Having the right setup is really key.

The fact is I’m making these runs and going to these places where there is a chance of messing up my prop, breaking down, getting stuck or the fish not even biting. A lot of times it is just a small area with not a ton of fish. Having confidence, trusting my gut and having confidence in my system is huge.

When I am practicing, I look for things that get overlooked. I go to the ugliest looking bank and try to find the sweet spot within the spot on a stretch. It may be a deal where I only get a couple bites. I don’t like to fish around other anglers. I try to stay away from the deal and just do my own thing. I fish a creek that is unpopular or fish a stretch that no one fishes.

The little backwater I was in at the Red River was somewhere I may have been in the past, but the river has changed so much over the years. Most of that stuff has silted over from the floods, but there is a set of rocks in front of the cut in that has been there for years.

It is a ditch where water still goes in and out, and with big rains it flows out of it. That allowed me to get my little boat in there. Others overlook it because they are fishing out of big boats. During floods, the bass filter back in there with the high water and then get trapped or just stay back there as bait lives back there. They just live back there. They could migrate in and out too.

Skylar Hamilton won on the Arkansas River in 2016 out of a little boat jumping a little cut where other boats couldn’t. He was able to utilize a tool just like I did. It happens year after year in the Opens and a lot of other series. For me to do this and utilize the tools I do and have guys get upset the way they do is really frustrating. I don’t think they respect or appreciate what I am doing. I would understand if I was jackpotting and brought this boat just for this tournament, but I have been fishing it all year. I got my teeth beat in with rough waves, and I have had some mediocre tournaments. They don’t complain then.

There is always a smaller boat in the field. Not everyone has a 250 motor and a 21-foot boat. What are these people who complain saying to the people who can’t afford a big boat? Where do you draw the line? I would hate for a guy to not be able to fish the Opens because he can’t afford to pay for one of those bigger boats. That is telling the average guy he can’t come fish. I’m here for the little guy. At the Opens level, an angler’s ability should not be hindered because of the size of their boat.

On the final day, someone 100% put rocks on top of the cut I was going over to get into my spot. You could tell they were fresh rocks. The water was the same. I went through there no problem on Day 1 and Day 2. I was really hurt. I couldn’t believe someone would go this far to try and stop me from winning. That was pretty low.

I’m not trying to make anyone mad, and I didn’t break any rules. I don’t know what they are so mad about. I have been doing this for years. There are little tricks and things I have learned so I can access stuff a lot easier now. They don’t understand, and I don’t know how to make them understand. They just want to be angry.

Most people don’t realize I didn’t catch all my fish back there. Not all the fish I brought to the scales came from that hole. A place like that doesn’t have a lot of fish. I would just get a small limit and get out. I caught my biggest fish the first two days on the main river. If I don’t catch those two fish, that is 3 pounds of fish, and I beat Hackney by 2 pounds. If I don’t catch those fish on the main river, I don’t win.

Yeah I utilize the little boat, but I mostly fish areas a big boat can access and I catch them just as good.