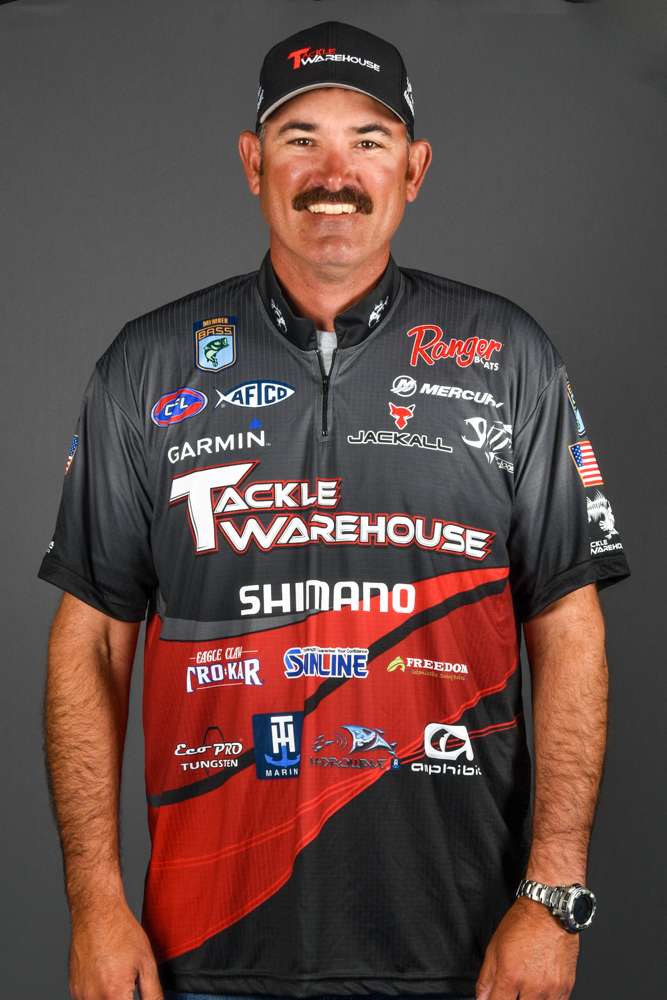 I’d like to tell you that I planned it this way — that the earlier columns in this series were part of my master scheme and that it would all come together at Lake Martin. It would reveal just how clever I am … but that wouldn’t be the truth. Not really. And it wasn’t nearly as easy as all that.

In my earlier columns, I talked about how I got to the Elite Series and my up and down performance through the years, about the disappointing season and mistakes I made in 2017 and about how I was paring down my tackle for 2018 so I would be focused on the baits and techniques that give me confidence.

It may seem like a cliché, but all of those things came back to me at the first Bassmaster Elite Series event this year — every one of them.

Todd Faircloth, Jeff Kriet and Gene Eisenmann (T-H Marine) and I rented a house on Lake Martin for the tournament. Arriving at the house gave me my first look at the lake, and I saw the clear water and clay banks that typify the highland reservoirs around that part of Alabama.

It was not the kind of place that usually gives me a lot of confidence, but I realized that Martin has largemouth and spotted bass, just like my home lake in California — Lake Nacimiento — so I decided to approach it the same way.

I caught a small keeper spot early — about 1 1/4 pounds — on a crankbait. Then I hit a slow stretch with no bites for a while. At around 11 that morning, I found myself way offshore, charting a long sandbar and getting ready to rig up a drop shot. After all, that’s how you catch spotted bass on Lake Martin when the water temperature is in the 40s, right?

Well, that’s how a lot of guys catch them, but that’s about as far from my comfort zone as it gets. I’m much better in shallow, dingy water with a flipping stick or spinnerbait. It occurred to me that I was falling into the old trap again — fishing the “right” way according to the book, but the wrong way for me. It was exactly the kind of thinking I said I needed to avoid.

My mental toughness was about to crumble three hours into the first practice day.

That’s how slippery a slope that sort of thinking is, and it shows just how hard it can be for me to avoid it. This time, I stopped myself. I decided to find a creek and look for some stained water.

Luckily, it had rained recently, and I pulled into Blue Creek to find exactly what I wanted to see — a water color change, laydowns and shallow rock. It was a place I could flip a jig or throw a spinnerbait with confidence. I thought to myself, “If I found this back home, I bet they’d bite a crankbait.” And that’s what I tried, and pretty soon I caught a 5-pounder — a really big fish on Martin.

I realized that I wasn’t in the only creek on the lake. There had to be other spots like it with other bass ready to hit a jig or a spinnerbait or a crankbait. I motored out to look for more water and passed 20 or 25 Elite boats in the middle of the lake, drop shotting or jigging spoons for spotted bass.

They weren’t doing the wrong thing, but it would have been the “wrong” thing for me.

By the end of that first practice day, I had about 10 bites and my best five would have weighed around 11 pounds. That’s pretty good on Martin under those conditions. I knew I was onto something with potential.

When I got back to the house, I took my own advice from an earlier column and I removed all the gear from my boat that would enable me to go to the middle of the lake and finesse fish in the crowd.

It was a little like being on a diet and throwing away all the ice cream before the temptation becomes too much. I didn’t want to have to trust myself to have the same willpower every day for the rest of the week.

I couldn’t have done that last year. I got off to a bad start and tried to turn things around by fishing the “right” way even when it wasn’t the right way for me. It forced me to fish my strengths and to trust my instincts.

It paid off with a fourth-place finish and a great start to the 2018 season.

But even though I’m off to a strong start, those demons of fishing the “wrong” way are still out there and ready to trip me up at the next tournament. It’s a battle I have to fight every day. Maybe you and I share that battle.