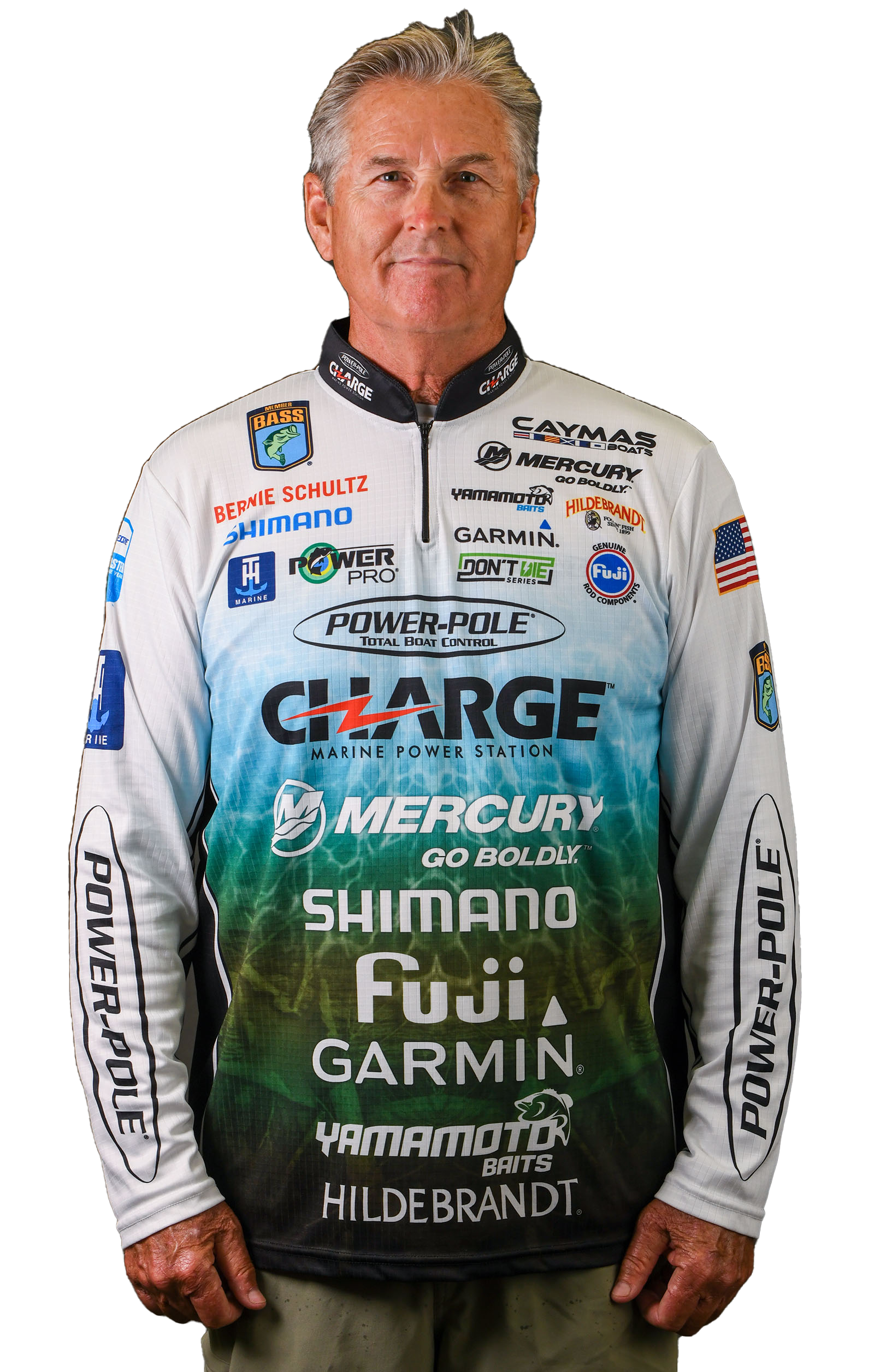 On a fall day in 1997, while idling his 20-foot bay boat thru a narrow channel, John Oliverio noticed numerous trophy-sized snook lying in sandy depressions on an adjacent flat. The water was so clear and shallow, he knew getting to them would require absolute stealth.

So, with the sun and wind to his back, John pushed the large skiff into the shallows — carefully, so as not to alarm the fish.

Once within range of the first sand hole, John tried slowing the boat’s momentum by staking the push-pole, but the bottom was too firm. So he quickly eased an anchor over the side. Unfortunately, that made matters worse. Tethered in a stiff breeze, the skiff swayed haphazardly back and forth — at times out of range of the fish, other times on top of them.

On several subsequent attempts, the same scenario played out. Frustrated and fishless, John returned to the dock that day, determined to find a solution.

At the time, John was in the hot tub business. When things were slow, he would work on various ideas to solve his problem of shallow water boat control.

His first concept consisted of a vertically-deployed hydraulic pole, which was telescopic in nature. But after realizing the limitations of the design, he abandoned it.

Then, one evening, while working at home, he finally came up with the right concept. Using LEGO building blocks (that’s right, LEGOs!) John assembled a three-dimensional model to articulate his idea.

He knew he wanted a pole that would plant securely, yet remain flexible enough to absorb the movements of a vessel subjected to wind and current — which meant it would have to withstand tremendous torque and pressure from any angle. And more importantly, it had to function smoothly and quietly. The solution was a pole that would extend out and downward from a stable, bracketed position. Working from the LEGO model, he built several full-size prototypes, all of which actuated the proper movements. Unfortunately, these early models proved to be too powerful. So powerful in fact, they actually pounded holes in the concrete slab of his driveway!

Seeking the input of a hydraulics specialist, John eventually found a way to harness that force, making the poles perform in a more disciplined manner.

Working with longtime friend and soon-to-be partner, Len Mriscin, the pair experimented with various materials to enhance performance and defeat the corrosive effects of saltwater. Not only did this new invention have to be strong and quiet, it also had to withstand the elements.

In 2000, John completed the first production model and named it the “Power-Pole.”

Soon after, he introduced it during an IFA redfish tournament, where renowned saltwater pro Greg Watts took notice. Though Watts was intrigued, he wasn’t completely sold on the concept. After seeing it perform on the water, however, he quickly realized its practical applications and placed an order — making him the first-ever purchaser of a Power-Pole.

That became a defining moment for Oliverio. He knew then that he could sell his invention. And so, with the financial support of Mriscin, JL Marine Systems was born. Together, they moved the operation to a 3,000 square-foot facility — which, according to John, was rather ambitious at the time. Meanwhile, following his twin brother’s lead, Bryan Watts ordered a Power-Pole — making him the second-ever purchaser. And because the brothers were such a dominant force on the redfish scene, fellow competitors quickly followed suit.

Needing someone to handle the day-to-day responsibilities, John hired Robert Shamblin, a former associate at his hot tub business. According to John, Robert was a man of many talents, which would soon prove invaluable.

Sometime later, a young angler named Branden Franklin, showed up for a repair. And after seeing the company’s operation, he applied for a position. The interview and confirmation process didn’t take long. With orders beginning to stack up, he was hired on the spot and put to work as an assembly technician. Two years later Branden became the company’s field support tech, traveling to various redfish events.

As the redfish tour prospered, some of the bass pros began to take notice. Shallow water technicians like Chris and Bobby Lane, quickly realized the advantages of a remote-control anchor and made it a part of their standard equipment … as essential as a trolling motor or GPS.

As more and more bass pros fell in line, Franklin’s roadwork expanded. He was now traveling to fresh and saltwater tournaments nationwide.

In 2007, the company had outgrown its modest facility. And with the orders continuing to pile up, the team was forced to search for a larger building — eventually settling on an 8,000 square-foot facility southeast of Tampa.

Shortly thereafter, John bought out Mriscin’s interest and appointed Shamblin vice president and head of marketing. Franklin took over as head of technical support and the number of employees increased.

Over the next few years, the Power-Pole brand would become a dominant force in the industry. The company’s OEM program was fully implemented, and foreign markets were opening up — Canada, Japan, Australia, South America, South Africa and parts of Europe. In the fall of 2012 — almost 15 years to the day when John Oliverio first began this venture — the company purchased a brand new 40,000 square-foot facility, which it now calls home. According to John and his team, it’s not only impressive … it’s also the perfect working environment.

Throughout its brief history, JL Marine Systems has won countless awards, both on and off the water — including numerous advertising achievement awards and three consecutive “Best New Boating Accessory” awards at ICAST (2011-13). The company also took the overall “Best of Show” award last year.

Add to that the many tournament victories garnered by its pro staff — including Chris Lane’s Bassmaster Classic win in 2012 — and it would be hard to imagine a greater payoff.

But more than any awards or sales figures, John Oliverio’s success is better measured by the relationships he’s built. To observe how he interacts with his employees and associates, it obvious there’s a strong mutual respect and appreciation. They all love their jobs.

For John, it’s not only about solving problems and building the best product possible, it’s also about the people he’s involved with. That says a lot.

And it all started because he needed a better way to sneak up on a fish.