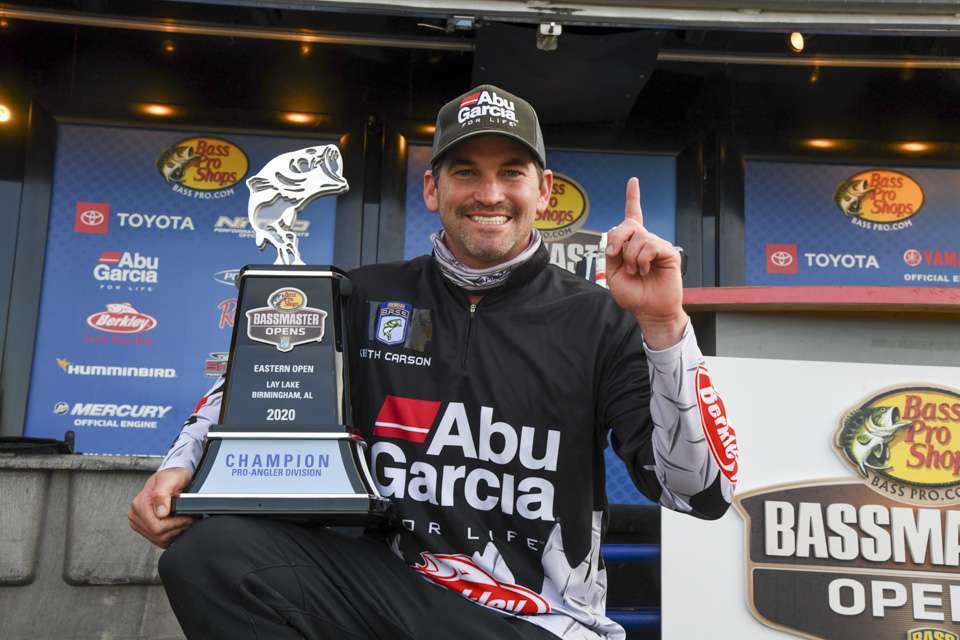 The text was simple, but it got my attention: “You need to decide if you want to be a good UPS driver or a good bass angler.”

The words came from one of my friends, John Cox, who fishes the Bassmaster Elite Series. I thought things over and decided that I would quit my job and devote my time to competitive bass fishing.

Working as a UPS driver was a good job. I had an excellent pay scale and benefits. I liked what I was doing, but the hours were long, often 55 hours per week. At the same time, I wanted to be a professional competitive bass angler. My problem was that there wasn’t enough time left over for me to fish. It was a struggle to do them both.

On the surface that might seem a little crazy. Fortunately, I was 31 years old at the time, single and with no kids. The risk was all mine. If things didn’t work out, it would be me who paid the price, not anyone else.

Qualifying for the Elites and securing a spot in the 2021 Academy Sports + Outdoors Bassmaster Classic on Lake Ray Roberts were my goals. I had a pretty good season fishing the Eastern Opens, but I had one tough tournament. One rough outing will push you down at this level. I’ll take another shot at qualifying for the Elites next year.

Strange currents run through our lives. The unknown rivers know our destinations. Good or bad, they take us where we go.

While I was working for UPS, I had a friend named Jeff. He was a great guy and friend. Jeff struggled with severe alcohol problems. While traveling to the 2020 Basspro.com Bassmaster Eastern Open at Lake Hartwell, I received a call that Jeff had died from alcoholism. He was 38 years old.

His death affected me deeply. All week I couldn’t get him out of my mind, especially during practice. I don’t use his passing as an excuse. I may have fished poorly for several reasons, but good anglers need 100% focus all the time.

The current flows both ways.

Months later, thoughts of Jeff appeared at Lay Lake. I didn’t have a specific pattern or a particular spot. I just ran erratically, casting as best I could. But inside I felt Jeff guiding me, helping me to decide when to run and when to stop. There is no explanation. Call it what you wish. But that’s what happened. Somehow, someway Jeff will always be in the same boat I am.

Concerning the Lay Lake event, about all I can say is that I tried not to think about winning or making the Classic. I had happy thoughts about Jeff. I stayed positive and laughed when things weren’t going my way. I had long stretches without a bite, but I just kept casting with a positive mental attitude. And, on the final day, I snagged five — count them, five — trotlines with a crankbait.

Now, for those of you who don’t know, when you snag a rope or string with a barbed treble hook, it doesn’t come out. All you can do is cut the hook and replace it, or cut the rope. I’ll not get into which one I did. What I will get into is that I just laughed it off. It was something not every angler could do — five in one day? That might be a B.A.S.S. record.

I’ll be in Texas next year at the big show as a competitor. It’ll be the first Classic I’ve ever attended. I always said I would never go to one unless I was fishing. Now I am, so I will.

In all honesty, I’ve got some work to do. I didn’t know what lake it was on until someone told me after the final weigh-in on Saturday. I just knew it was in Texas. I will put first things first. I didn’t see the point in researching it until I knew it would be there, and I had no realistic way of knowing I would qualify.

Sometimes you take risks and things work out for you. I intend to work hard and do my best to keep things going in a positive direction and remain thankful for what has happened for my friends and especially my family.

And, if you think hard, you too probably have friends, family or mentors who travel like shadows and watch every cast.