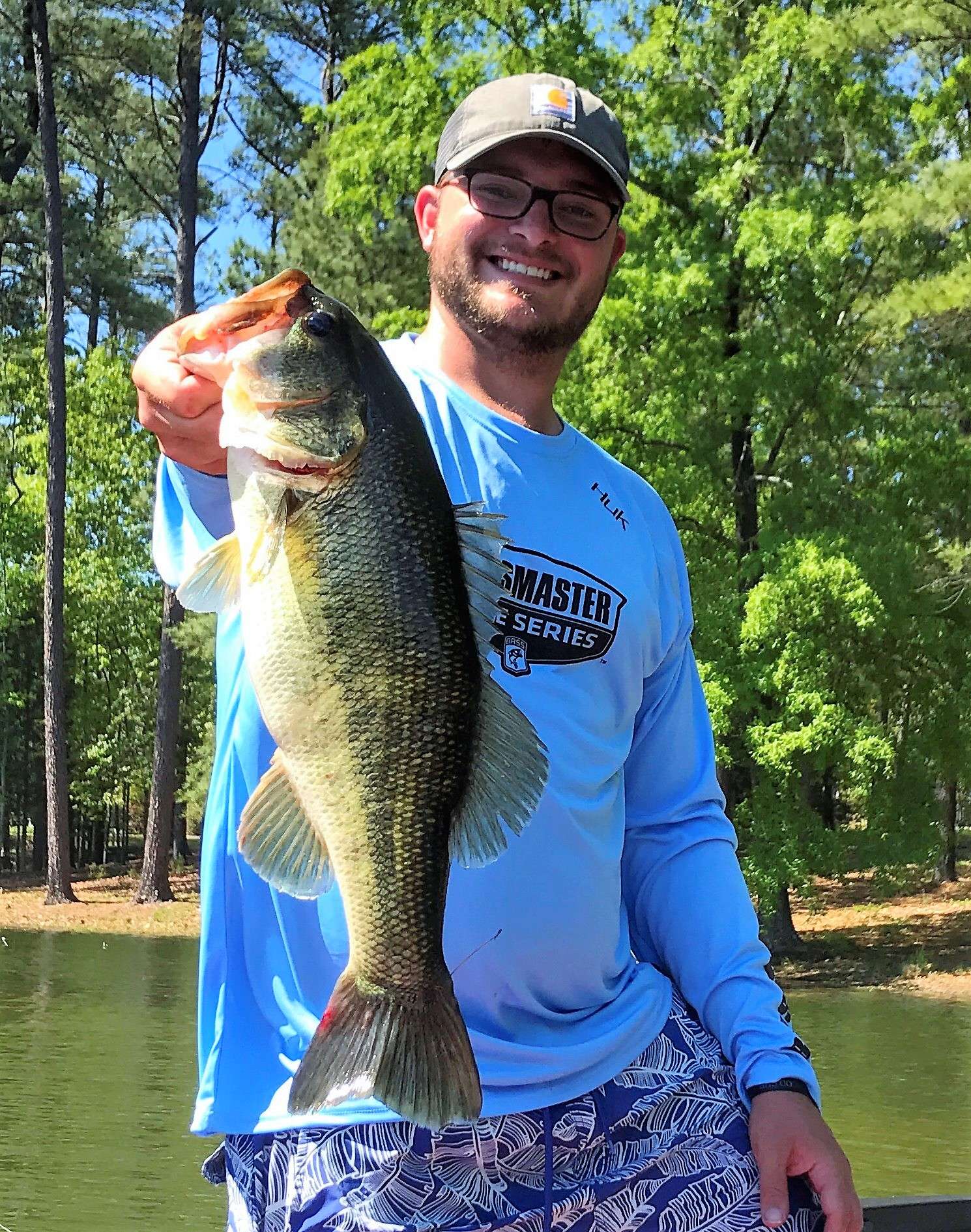 Big eyes and Bassmaster marshal fingers can accidentally make for some unhappy spouses and significant others, until the official scales have the final say. BASSTrakk never claims to be absolutely accurate.

“Until I see those fish on the scales, that’s when I believe it. It gives me anxiety,” said Kristen Agnew, Jordan Lee’s girlfriend.

BASSTrakk, the mobile app keeps track of each fish in a competitor’s livewell, is unique in the sport, keeping bass fishing enthusiast informed on their favorite anglers’ estimated weight throughout the day. During the 2017 GEICO Bassmaster Classic presented by DICK’S Sporting Goods BASSTrakk accumulated 2.5 million page views.

“It’s a great tool for people to keep up with their favorite angler, but I try not to stick to it because it is very addictive, too, and you just get nothing done,” she said.

Not only does the app score each fish, it also pings locations to the Bassmaster.com content team.

“There are a lot of times that BASSTrakk gives you an opportunity to change direction in a second from your first game plan,” said Steve Bowman, Director, Bassmaster Web Content.

After a lull in the Top 5 standings during the final day, the BASSTrakk quickly turned into what seemed to be a 911-dispatcher for camera operators and still shooters alike, searching for the hot hand on Lake Conroe.

The main suspect was Jordan Lee. Lee did not crack the Top 10 after Saturday’s semi-final round of competition, but then quickly registered three fish for 16 pounds before 11 a.m. on Championship Sunday.

“On Conroe, it was a unique situation. There were a lot more anglers in contention to win than a typical Classic,” Bowman said.

Bowman would compare Championship Sunday of the Classic to a game of “whack-a-mole,” and the day played much like that arcade game, such that players hit a mole, only for it to show up in a different location.

On the other hand, Jordan Lee’s physical location did not change during the final day.

His impressive leapfrog did not begin during the Classic’s opening day, where BASSTrakk had him with three fish for 8 pounds logging all three catches between the 1375 Bridge and the 1097 Bridge, which is near the central portion of Lake Conroe.

Lee’s official 8-6 total would put him in 37th place heading into Saturday’s round of competition.

“I really didn’t see [a win] as possible, but I think it’s the one thing that really helped me slow down, because I never really thought I had the chance. And it would have to be huge to come close, and even with what I had in the box, I didn’t know if it would be enough. I think that just kept me calm and forced me to slow down,” Lee said.

During the second day, Lee would not log a keeper fish on BASSTrakk until the noon hour, when he resorted to a hard-bottom point he found in practice that provided him a 6 pound, 8 ounce boost of confidence within minutes of arrival, according to BASSTrakk, which that bass truly ended up weighing 7-8.  After graphing more of what looked to be the same size fish, Lee would stay in the area and finish his day one fish short of a limit with an unofficial BASSTrakk estimate of 18-12.

The four fish brought back to Minute Maid Park officially weighed 21 pounds, launching Lee from 37th to 15th place going into Championship Sunday having only weighed seven fish thus far in the event.

“It gave me the confidence I needed after catching that one big fish, and seeing the others come in with it,” Lee said. “It feels good to know there’s more than one or two here. There’s a pile of them. It may be hard to get them to bite, I felt like when I got a bite, they would be big ones. That really helps you slow down, especially when you feel like you have nothing to lose.”

During the 2014 Classic, the then 22-year-old Carhartt Bassmaster College Series qualifier, would finish sixth on Lake Guntersville — the highest finish from a college qualifier to date. That year, Randy Howell would jump from 11th place to hoist the 2014 Bassmaster Classic Trophy.

It was the largest leaderboard hurdle in the 44-year-old event, until three-years later.

How did the Auburn alum scratch up 12-fish to win the sport’s world championship?

In the five-fish limit era, only Kevin VanDam had won with fewer fish, in the Three River’s Classic in Pittsburgh, Pa. weighing 11 fish for 12-15.

In 15th place — the now 25-year-old Alabamian — plagued with a motor issue early in the final day of competition was stuck on a slow-tapering point between Caney Creek and the Pin Oak River, where he caught the majority of his limit during the second afternoon.

“I found two sweet spots on that point, and whatever was down there could’ve been a shell bed or something similar,” Lee said. “By pulling a crankbait or dragging a jig over the bottom I could get a good feeling for how the structure played out.

“I figured out the fish weren’t really wanting it coming straight to the point, but dragging it across the point,” he continued. “I had two different casts that produced several big fish, and when I felt that harder bottom and structure, I slowed down and held my jig there. It was painful to do after 30 to 40 minutes without a bite. I was forced to fish there, so I slowly picked it apart.”

Still, BASSTrakk had him estimated in second place, behind Brent Erhler, with 25 pounds and only ounces separating Lee from Steve Kennedy in third. Lee had underestimated his weight the previous day by over 2 pounds.

“I’m a bassnut,” Lee said. “I knew KVD won with 11 fish on the Three Rivers. They always say you can’t win it on the first day, but you can lose it. After a tough first day, I thought I was a real long shot.”

With 25 pounds punched into BASSTrakk, Lee would again be just over 2 pounds out of the lead and mount one of the largest comebacks to victory in Bassmaster Classic history. From 15th place, Lee officially cemented his name in bass fishing history with a whopping 27-4 limit, pushing his winning cumulative weight to 56-10 with only 12 bass.

Lee’s accomplishment made him the third youngest angler to ever win the coveted title.

For one happy significant other, BASSTrakk finally proved its worth.