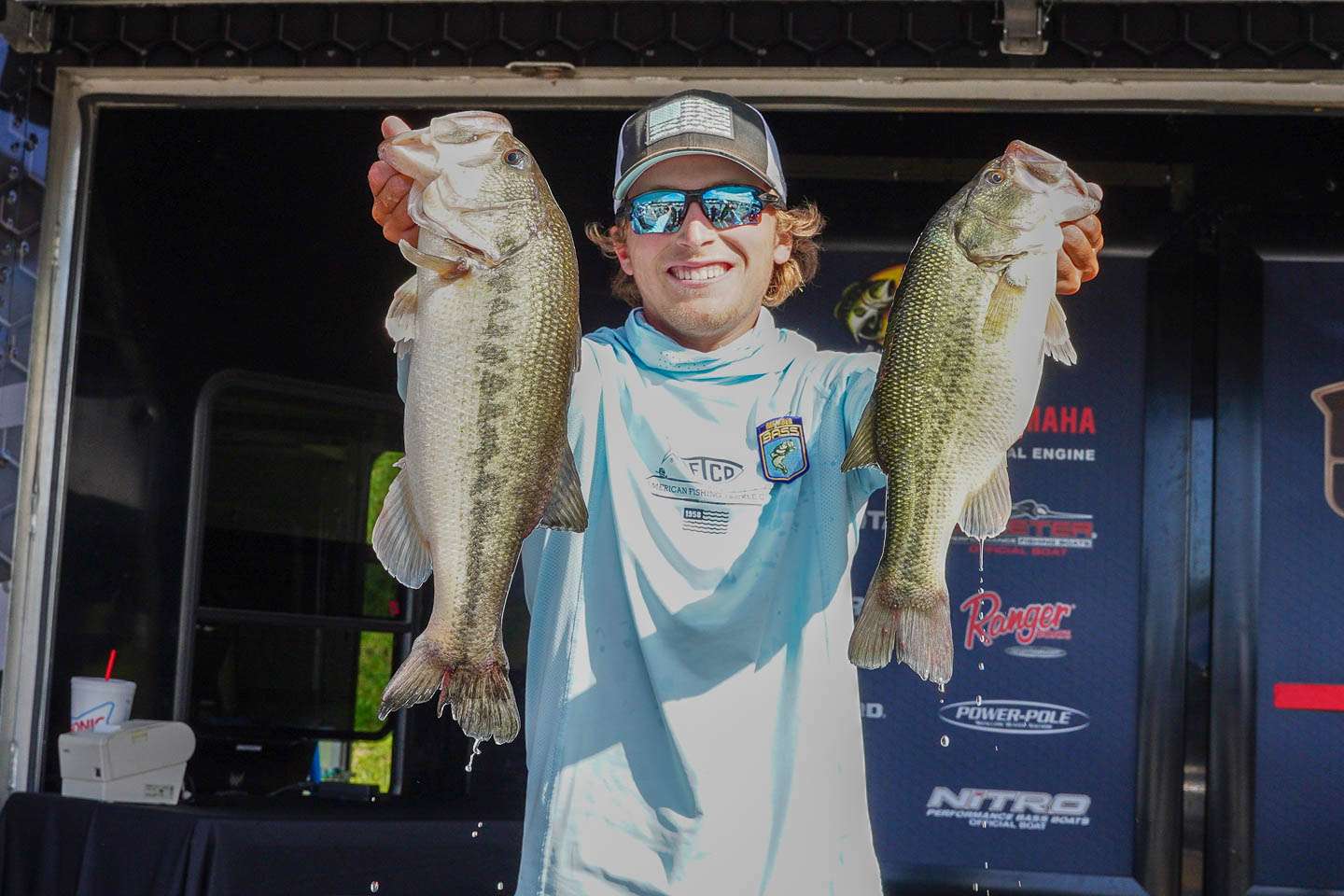 I didn’t think I had a shot at winning the St. Croix Bassmaster Northern Open at Upper Chesapeake Bay presented by Mossy Oak Fishing, but I knew I had a shot at doing well just because of the way the tides are. I grew up on Winyah Bay and finished 14th at the James River earlier in the year, so I’m confident in tidal waters. I knew I could do well just based on my strength fishing the tides.

When I got there, I saw exactly what I wanted to see. There were some riprap banks that were set up well, and there was also a lot of offshore wood that set up for how I like to fish. Most of practice I spent out on the flats looking for one depression or ditch where I could catch a big bag Day 1 and scramble the rest of the days. I felt confident going into it. I thought I could cut a check or better, but I never thought I could win.

The issue with my first two days where I weighed in 11-0 and 11-8 was I spent so much time on the flats and had enough bites that it made me want to spend my time out there. Everything I caught on the flats was 3 1/2-plus. So both of those days I wasted more than four hours without a bite on the flats. I had to come back to the Bay and scramble, but I caught them really quickly once I got into the Bay.

I knew it was going down, and I got a glimpse of some size that gave me confidence on the last day to never go to the flats. I was able to fish my strengths most of Day 3. I found a couple of things that had some good size fish around and caught them with a ChatterBait. Then with the offshore wood, I could get a limit really fast, but I hadn’t seen any size. It showed up early on Day 3, however.

On Championship Saturday, I knew I was doing well but never thought I had a shot to win because I was 11 pounds back. I had little flashes in moments that made me think maybe there was a chance, but I never truly thought I was going to win.

When I put the 4 1/2-pounder in the boat, I turned to the camera and all I said was, “They better not slip up.” I always heard that if cameraman Seigo Saito is following you around, you are in the lead. And he followed me all day long. Right before I came in, a bunch of pontoons came by and were cheering me on. Once I got back to the ramp, everyone I knew who wasn’t going to go to weigh in was at the weigh-in.

I didn’t prepare myself to win. When I was on stage, I thought I had a good bag, and I was going to get a second- or third-place trophy. So when I won, I was completely shocked and in total disbelief that it actually happened. It took a day for me to realize it. For some reason, it didn’t feel like that was supposed to happen.

I would like to thank Strike King and Lew’s. I use Lew’s rods and reels and Strike King has some of the best soft plastics on the market. I used those soft plastics on my ChatterBait and my Outkast Tackle jigs. I’d also like to thank Phoenix Boats and Mercury. I put 500 to 600 hours every year on my Mercury and have had very few issues. In the Bay when I was making a run with all the yacht waves and stuff, my co-anglers all commented on how good my Phoenix was on rough water and how it maintained a competitive speed with the other boats.

The part that hasn’t sunk in yet, and it probably won’t until I get up on stage, is qualifying for the 2023 Academy Sports + Outdoors Bassmaster Classic. It has been a dream since I was 4 years old to fish it, and now that I will be fishing it at 20 years old it is pretty shocking. It will be pretty cool to be the youngest person to fish the Classic next year, and I will have a shot to be the youngest ever to win the Classic.

That time of year, I know how they caught them in the past. It sets up exactly how I like to fish. I’m excited to get down there this winter before the cutoff, go practice and see what I can find. I really want to do well, and it sets up with my strengths.

For now, my goal is to win the next three Opens. I am going to shoot for the win and fish winning patterns. I am sitting pretty good in the overall standings, and if I put a couple top 10s together and other anglers slip up, I could make a run at the Elites. I’m going to take this win and ease into the next couple events and get some momentum going.

I only missed the Elites by a couple of points in the Northerns, and that is the second time I’ve missed it by almost nothing. I’ll see if I can get close again.

If you keep putting yourself in position, it will happen eventually.