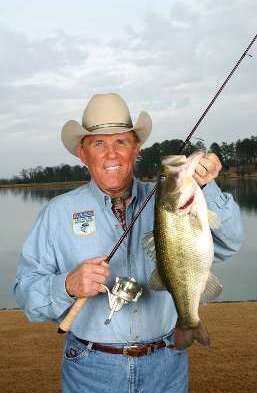 One hundred and six anglers played a big part in the success of my first All-American tournament at Beaver Lake in 1967 — but especially one man, Don T. Butler. He would have a profound effect on the history of B.A.S.S. and my life.

You could throw a rock from Beaver Lake and hit Tulsa, but I was getting very poor interest from Oklahoma during the promotion of my tournament, and I was still short on fishermen. The group over in Memphis was raising a ruckus, led by Clyde Harbin and egged on by Bill Dance. So I asked Clyde to write a letter to the Tulsa Tribune, where Bob Cobb was the outdoor editor. Bob had been at my news conference and was the only one who seemed to comprehend what I was trying to do. We became friends and he would become the first professional editor of Bassmaster Magazine and later writer/director of The Bassmasters TV series.In his letter, Harbin challenged the Okie boys in the strongest terms to come and shoot it out with the Memphis boys at Beaver. Bob passed the message along in his column.

Tulsa entrepreneur Don Butler was the one who answered. "Who is the big-mouthed character from Memphis and how do you get into that bass fishing tournament at Beaver Lake?" he demanded of Bob.Don brought more than a dozen Tulsa anglers with him to Beaver. They barely lost the team competition with Memphis, but Butler was in the BASS picture to stay. He formed the Tulsa Bass Club and was the first president of the Oklahoma Federation Nation. He was a natural leader — a big man and not just physically. You listened when he spoke.By January of 1968, I had started the Bass Anglers Sportsman Society and I went to Tulsa to ask Don's members to join. As we were driving to the meeting, he asked me how much it cost to be a member. I told him $l0 and he handed me a $l00 bill and said, "How's this for a lifetime membership?" And that's the way Don became both the first BASS member and the first lifetime member.

In 1970, I was still struggling with growing pains. I desperately needed money for a direct mail campaign. It was make-or-break time. The bank wouldn't loan me money and I found out the U.S. Post Office didn't give out stamps on credit. Don used to call me about once a week to see how things were going and I told him about my predicament, trying to make light of itMid-morning the next day, I received a call from Western Union, saying I had a money wire. I figured it was just a fisherman's entry fee. But when I got to the office, there was a $10,000 money order waiting for me. No note, no name — just an origination from Tulsa. It was classic Butler. I paid him back right after my next tournament.

When I started our "Don't Kill Your Catch" campaign, Don designed and patented the first practical aerating system for a bass boat. And using his own Small Okiebug spinnerbait, he won the second Bassmaster Classic on Percy Priest Reservoir in 1972.He was one heck of a fishermen and friend … to me and to BASS.