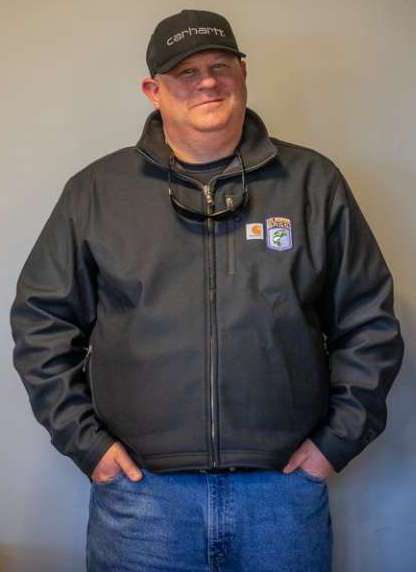 The former Bassmaster Classic Champ, television star, industry mogul and kayak champion certainly presents a “larger than life” shadow; therefore, you can imagine my excitement and intrigue when I drew out the Toyota Pro as his Day 1 Marshal.

Once in the boat, Ike took a few moments to review the game plan for the day with me which isn’t something most anglers will until they feel comfortable spilling the goods to you.

“There’s a Plan A and a Plan B,” said Ike. “We’re going to stick with Plan A for a few hours and give it a chance before we bail and go to Plan B.”

Plan A consists of a few specific areas found in practice and Ike is combing those areas with a series of baits that include a flat side crankbait, a flipping presentation, a vibrating jig and a small swimbait presentation.

By his own admission, practice was “average to below average” but that doesn’t matter today because someone among the field of Elite Pro’s is going to sack’em up today.