Written by
David A. Brown 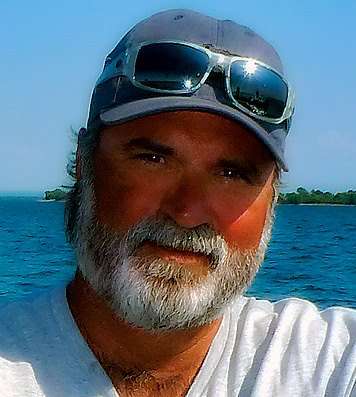 Buoyed by a Day 1 limit of 25-12 — the event’s second-largest — the Bassmaster Elite Series pro from Longview, Texas, powered through two days of tougher conditions that yielded limits of 10-4 and 12-11. Livesay won the top prize of $52,500 and a berth in the 2023 Academy Sports + Outdoors Bassmaster Classic presented by Huk, to be held in Knoxville, Tenn., March 24-26.

After Elite wins on Chickamauga Lake (2020) and Lake Fork (2021), this is Livesay’s first Bassmaster Opens win. Watching his victory was Livesay’s wife Taren and their month-old daughter Lane.

“It took me 36 years to have (a child) so I never thought about it until I had one, but I figured out I couldn’t love anything more than that little baby and my wife,” Livesay said. “It definitely focused me.”

With minimal experience on Ross Barnett, Livesay spent most of his time on a community hole flat on the lake’s east side. He had plenty of company, but having located a narrow drain flanked by a mix of dollar pads, pepper grass and hydrilla, he had a legitimate sweet spot all to himself.

A Texas-rigged and Carolina-rigged Netbait 6-inch lizard produced all of his first-round weight. The former fared best in the thicker spots.

Day 2 saw him struggling, as the spot seemed to have dried up. So, Livesay shifted gears and caught a couple of keepers on shoreline spots and in a marina.

“Today, I had to go junk fishing; my fish were gone,” Livesay said. “I started on my drain today, but a little farther down — about two casts from where I caught them on Day 1.”

After a slow start on his drain, Livesay moved shallow and caught his first keeper on a white Snagproof Bobby’s Perfect Frog. Giving his drain another shot, Livesay caught his biggest bass — a 4-pounder — on the Carolina rig.

Returning to the bank, he added his third keeper on the frog. After that, a frustrating slump prompted him to try a new scenario.

“I said, ‘I have to go junk fish,’ so I went out to the cypress trees in front of that area that I had never fished,” Livesay said. “I pulled out a white 6th Sense Braid swim jig with a white Netbait twin-tail trailer, skipped it up under a tree and caught a good one.

“I’ve had a really rough year on the Elites. I’m 71st in Angler of the Year standings — almost impossible to make the Classic,” he said. “I just punched my ticket for (the Classic) so I can swing for the fence the rest of the year.”

Targeting specific shoreline structure and cover, LeBrun was fishing an area where he suspected a late wave of spawners had pulled up shallow. Covering water to find bass he couldn’t see in the lake’s muddy water, he caught fish on a bladed jig, a Texas-rigged V&M Chopstick and a frog.

“I just stayed on my Lowrance Ghost trolling motor, just junk fishing; fishing what’s in front of me,” LeBrun said. “Probably 12 of my 15 fish came out of Pelahatchie Bay. I also had some offshore stuff that I stopped on today.”

McKinney did his best to get away from the crowds and that meant skinny water.

“I ran my Crestliner (aluminum) boat as shallow as I could get it,” he said. “I actually found a little shad spawn going on. I was catching most of my fish on a Terminator Swim Jig and a Terminator Frog.

“I was just throwing up as shallow as I could and shad were jumping up on the bank. Yesterday, I caught one on a frog and it spit up two shad on my deck. I threw them back in the water and they swam off. The fish were just gorging themselves.”

As the highest-placing eligible angler in the Toyota Bonus Bucks program, McKinney earned an additional $1,500.

As part of the Yamaha Power Pay program, LeBrun took home an additional $1,500.

Livesay leads the Central Opens season standings with 200 points. LeBrun is in second with 199, followed by McKinney with 198, Sands with 197 and Jimmy Washam of Covington, Tenn., with 196.

The tournament was hosted by the Ridgeland Tourism Commission.