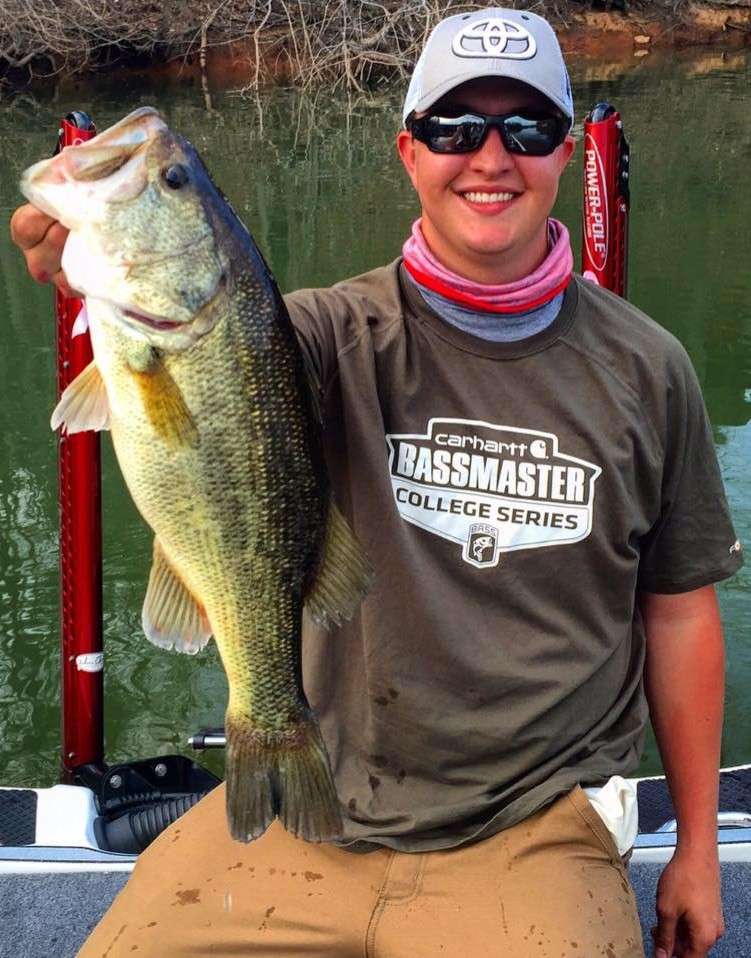 Walking around Bassmaster Classic Media Day, just hours before the 52nd Annual Bassmaster Classic on Lake Hartwell, it is easy to get a bit overwhelmed by the “dock talk” coming out of the competing anglers’ mouths. To cut through the hot air, we caught up with Bassmaster Elite Series pros Brandon Palaniuk, Patrick Walters and Caleb Sumrall.

All three are some of the best anglers on the planet and are as reliable as the Yamaha SHO Outboards on the back of their boats, so we can trust them to shoot us straight.

These gentlemen will not only be on the water competing for $300,000 and bass fishing’s biggest trophy this weekend, but they’ll also be in pursuit of the $20,000 Yamaha Power Pay bonus. Just like every supported Power Pay tournament, they don’t need to win the event to win the bonus payout, they just need to be the highest finishing program participant.

Q – What are three lures you expect to play a major role in this tournament?

Sumrall – “A small swimbait on a jighead, a shallow running crankbait and a wacky rigged stick worm.”

Walters – “Three techniques will be jerking (suspending jerkbait), a wacky rigged stick worm and a finesse worm – either a shakey head or a TRD style bait.”

Q – Who are three anglers you would pick to win this weekend on Lake Hartwell?

Q – What are three weather factors you’ll be paying attention to, and will affect the way you fish this event?

Palaniuk – “How much sunshine we receive each day specifically in the afternoons, the presence or lack of wind, and the water temp … which is dictated by the air temperature.”

Sumrall – “That is easy – how much sunshine, how hard the wind blows and how much boat pressure is around. I know boat pressure isn’t really a weather factor, but I think a lot of anglers will be running pockets, so getting into a bad rotation (behind other anglers) could really hinder you. That’s my answer, and I’m sticking to it.”

Walters – “An east wind will definitely play a role in my fishing, the high skies, and the presence or lack of cloud cover.”

Q – What are three things you would spend the impressive $20,000 Yamaha Power Pay bonus money on?

Palaniuk – “Well Tiffany is due at the end of May, so I’d spend half of it on diapers. And the other half I would put into an investment for our soon to be daughter.”

Sumrall – “I’d get a few new modifications to my wife’s 4Runner; I steal it sometimes because that thing is sweet. I’d take my family on a good vacation, somewhere with a beach, and as boring as it sounds … I would save as much as possible.”

Walters – “I’m going to say my new garage / shop … times three. We’ve planned out a 60 x 80 shop that will fit my boat and truck, along with all my fishing equipment. I’m pretty fired up about it.”