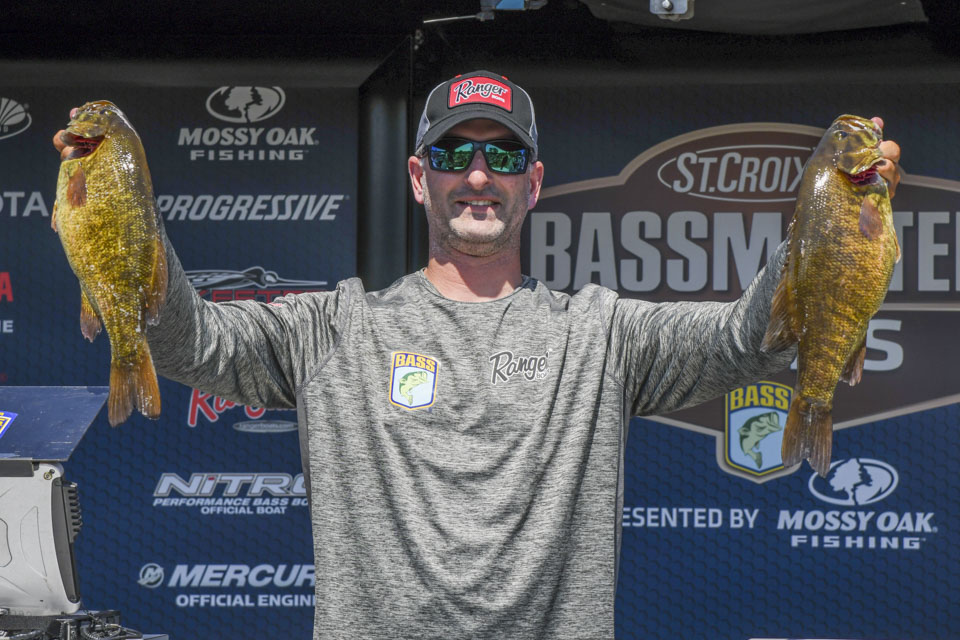 Winning the St. Croix Bassmaster Northern Open at Oneida Lake presented by Mossy Oak Fishing on my home lake and in front of my family and friends is a feeling that can’t be described. There are tournaments here every year between Opens, and when I was fishing FLW, we would have two or three events in New York state. I won the first one I ever fished, but it was out of state.

Not to take anything away from that win, because the moment was unbelievable, but I don’t think I realized what the moment was. It has been six or seven years now that I have been trying to recapture that, and there have been a few tournaments along the way where I thought I would have a chance.

During a special practice, I would be driving into the ramp at the end of the day and picturing my family and friends being there with me raising the trophy. It just never happened.

Before the recent Open, my wife and some friends rented a cottage for the Fourth of July, and I spent Friday and Saturday with them. I was standing on the beach looking out over the lake. It was dead calm and beautiful, and I was joking with my son, Trav. I asked him, “Where are the winning fish?”

He said, “I don’t know dad.” And I told him I thought I could find them for him. It still feels like a special week.

I had four fish at noon on Championship Saturday, and my son had a lacrosse game that morning. He and my wife came back down and met one of my friends. They came out and started watching me around 11:30.

I was in Billington Bay in a spot I used to crawdad fish when my wife was pregnant with my son. I would take her out and fish with live bait, and one Fourth of July we crushed them. It is something she has always remembered.

Last year, we came out that same week and in the same spot, but our son was now 6 years old. On the same shoal, we crushed them on topwater. It was a riot. It was just one of the good times we had as a family.

During this tournament, I pulled in there with four fish on that same high spot and I caught 18 1/2 pounds. Everything I weighed in, I caught right on that spot with them right in front of me. It was that same bar where we fished when my wife was pregnant with my son.

That was a special moment catching giants. To make it happen with them there in that area — the whole deal was unbelievable. To struggle and struggle and have to earn it and not have it come quickly and then it happens in front of them, I can’t describe it.

There are so many good fishermen here that, to be the guy to represent the area, to keep it here at home feels really good.

In search of Elite bid, Borofka’s looking for a cure

Could it be Wetherell’s time?