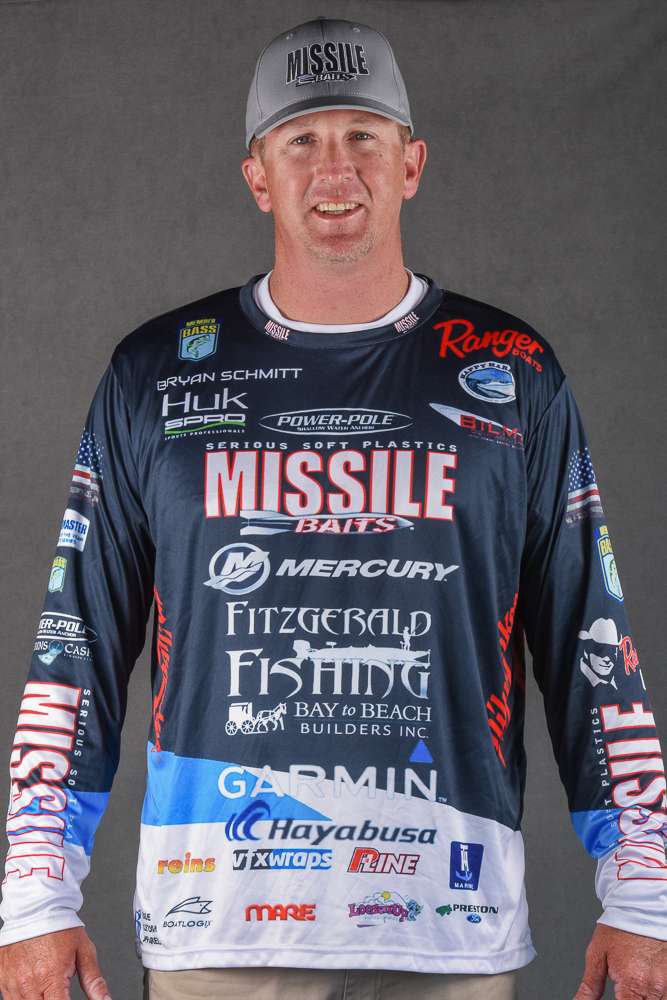 Winning the 2022 Guaranteed Rate Bassmaster Elite at Mississippi River was surreal. Sometimes you really know when you are about to win, but this one, nobody knew. Chris Johnston and I didn’t know until it was official. It was a surreal day.

I knew I had a chance at blast off if I had a magical day. I had a good day, not a crazy day. Chris could have easily closed the door, but it just worked out. It didn’t set in until Dave Mercer said, “Bryan Schmitt, two-time Elite Series champion.”

I have been to La Crosse, Wis., one other time. I won that event in 2017, and it was my first tour-level win. Here we are again, and I wasn’t too far from where I won it that time. It was a magical thing that happened.

I have a lot of confidence in river systems, especially river systems with grass. It is what I grew up doing here on the Potomac and the Chesapeake Bay. I have been fortunate enough to win on tidal waters. I’m totally comfortable, and the Upper Mississippi River clicks with me really easily. When you win an event somewhere, you are scared to go back in some ways because you don’t think magic is going to happen twice. To have the opportunity to fish there again, I felt like I could have a really good event.

Some people are overwhelmed with rivers, but they just make sense to me.

On Day 3 at Oahe I made a big move. I jumped up 23 places and finished 20th. I gave myself a chance going into the final event to make the Bassmaster Classic, and I knew without a doubt I needed a top 15 or 20 finish. And to have that opportunity on a river with grass, to say I was happy was an understatement. I couldn’t ask for more.

I had a really good first day of practice. It clicked very quickly. That was a big deal. Then I had a secondary spot, and it got better and better as the week went on. The spot I fished exclusively the final two days I found because of Garmin LiveScope. I found a void in the grass, and I put my trolling motor down and turned my LiveScope on.

I won this event because my spot got better, and that was because we got an influx of rain. We had a good amount of rain in practice and then Days 2 and 3 of the tournament. What that does is, it creates a lot more current and dirties up some areas. My area stayed clean, and the current pushed fish to me. Without that rain, I’m not sure it would have worked.

A lot of guys took their LiveScope off in this event because the grass hangs on the trolling motor, but when I turned mine on I saw a swarm of fish sitting on an isolated clump of grass that was submerged. I never would have seen it without LiveScope. They were relating to one particular, small area, and I was able to use my ‘Scope to make the precise cast. I caught them all on a drop shot with a Missile Baits Magic Worm and on a Carolina rig with a Baby D Stroyer.

We didn’t want to be going to the Open on the Chesapeake Bay dependent on making the Classic. To have that squared away and done and be able to fish the Bay where I live free, it’s an awesome feeling.

My goal was to fish the Elite Series long enough to win a blue trophy, and then we’d go from there. We got that done, and that meant I won at every level of every organization, minus the Classic. To be part of the group of multiple winners, that is an honor. One win, maybe it is a fluke, but to win two that is a big deal.

If I can fish long enough for a Classic to be on Guntersville or somewhere like that in the early spring, I feel like I would have a legit chance at winning. Hopefully we will get that opportunity one day.