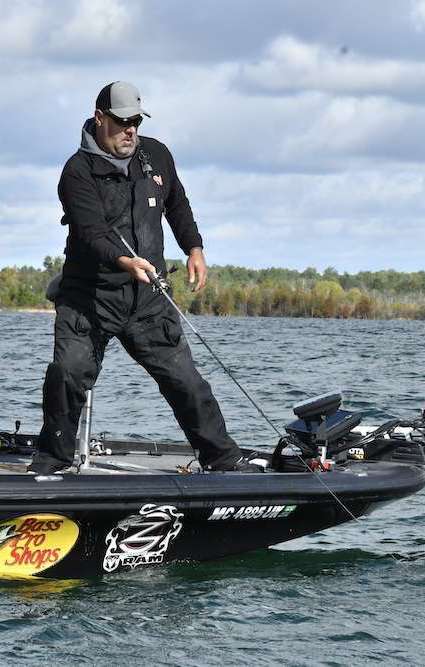 To say I’m a little pumped for the 2021 Bassmaster Elite Series season to start would be like saying I was sort of into hair bands back in the early 90s.

Look, I’m going to give you three thoughts I’ve been wrestling in recent days. Some of them actually came from a dream while I slept, and others are purely as factual as Warrant’s  “Cherry Pie” album being their highest-selling record ever.

Thought 1: Just like we’ve been doing for like 53 years now, we have a tendency to study the upcoming schedule and think about how it’ll play out. And let me tell you, friends – this one is going to play out really, really, shallow. I’ll go out on a limb here and say we haven’t seen an Elite Series schedule this rich with derbies that could be won in less than 10 feet of water in a decade. And anytime we’re able to have a contest where dudes are scratchin mud to catch five fat ones each day it is absolutely “fan-o-licious” for our loyal Bassmaster LIVE viewers.

Thought 2: I had a dream the other night that I swear was influenced by my battle with COVID last month, because I’ve had some really bizarre dreams recently. But anyhow, I dreamt the 2021 Bassmaster Classic was more like a rock concert than a bass tournament, and not only did Seth Feider become our 51st Classic Champion – but ready for this? – Dave Mercer appeared on stage as one-half Canadian emcee, and the lower half of him was a mustang, like a centaur in Greek mythology. If any of this comes true, count on an absolute bash beyond our wildest imagination once we get to Fort Worth in June.

Thought 3: Some people don’t like to talk about it, but there are two guys in this Elite Series field full of very talented new rookies that are licking their chops to get started, and both of them put their guts on the line last year in the Bassmaster Opens to earn their way back to the Elites.

One lives at Lake Tenkiller in Eastern Oklahoma, and the other chap is a hunting buddy of mine from Gonzales, La., and if you’ll go back and reference thought 1 about this schedule being shallow-water friendly, it’s time to admit Christie and Hackney will both make a run at winning the 2021 Bassmaster Angler of the Year title.

That’s all I’ve got. Zackers and I are out. He and I have a lot to do before the fellas make their first cast on the St. Johns River to start the Elite Series season on Feb. 11, but don’t think for a minute we won’t be rockin to “I Saw Red” and “Blind Faith” while we’re gettin’ our work done.