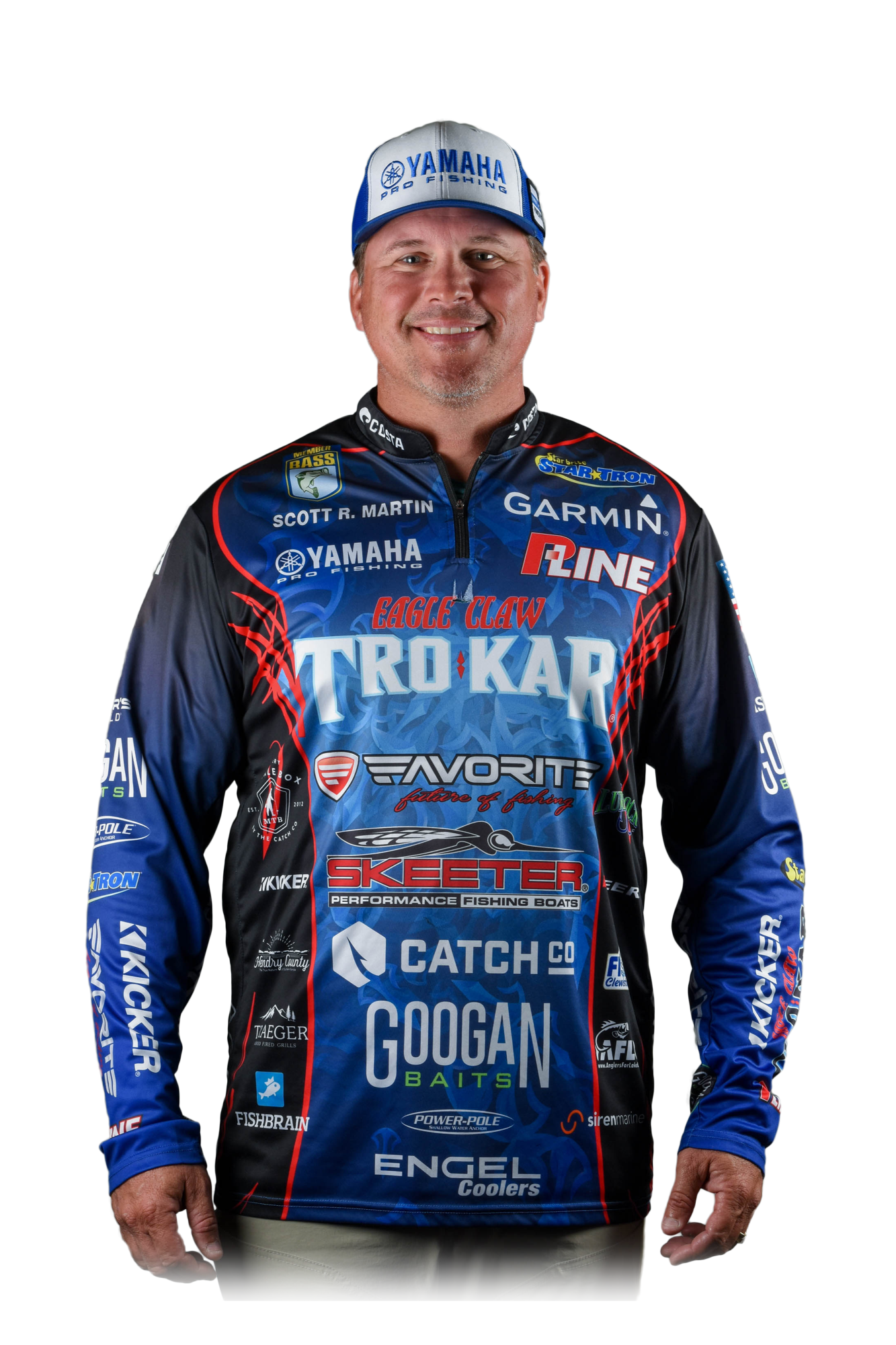 Starting the new Bassmaster Elite Series season with back-to-back events can be challenging, but I see a great upside — a chance to immediately get back on track.

Last week at the St. Johns River, I made the check cut, but finishing 56th was not the start I wanted. Looking back, I think I had a little too much going on; I had too many options.

When you have too many options, you run the risk of making a bad decision. I kind of fished some of the wrong places at the wrong times.

Some of the spots I’d found in practice and that ended up being part of my game plan turned out to be very good places. I saw guys in the Top 10 fishing some of the same areas as the week progressed.

But things got a little strange out there. With post-frontal conditions, the tide and the weather presented some difficult scenarios — especially on Day 2 when a lot of guys that caught them on Day 1 struggled to catch fish.

It’s hard to describe, but it was like one of those anomaly days. I just got trapped in that zone where the tide was wrong for the section of the river I was fishing, and the fish just didn’t bite well. I saw this affect so many people, so it wasn’t just me.

So here’s my takeaway: I overcomplicated the event, and I should have just stayed put. For example, after fishing far south on Day 1, I went to Rodman Reservoir on Day 2 and caught four fish really quick. After that, I lost a 3-pounder, lost a 2-pounder and I left at 10:30. I locked back through and never had another bite the whole day.

In hindsight, I easily could have seven to 10 more fish in Rodman, but I thought I could catch them on the river. The tide just wasn’t right, and it all backfired.

Now, looking at this week’s Elite event on the Harris Chain, I see a tremendous opportunity to do very well. These lakes are in great condition, and they’re producing lots of quality fish.

The lesson I learned on the St. Johns is that I overcomplicated things, so I’m simplifying things here. I’m trying to fish smart and fish to win.

I’m trying to not get sucked in on some of the obvious things and just trying to keep my head down to focus on a few patterns that can produce quality bites every day of the week.

It’s going to be a fantastic event. In fact, it’s setting up to be a surprisingly good event for a lot of people.

I say that because we didn’t have great conditions the first two days of practice, so the fish hadn’t made their move yet, but they are 100% going to make their move during the tournament.

During the tournament, guys are going to roll into some of their areas where they’re just trying to get a limit and find that what they thought were 10-pound bags have turned into 25-pound bags. We’re going to hear some incredible stories of people who had terrible practices, but they caught huge bags.

Why do I say that? Well, in Florida, what you want for the spring spawn is a major cold front before a full moon with a major warming trend on the full moon. That’s exactly what we have this week.

I’m excited. This is going to be an amazing tournament.