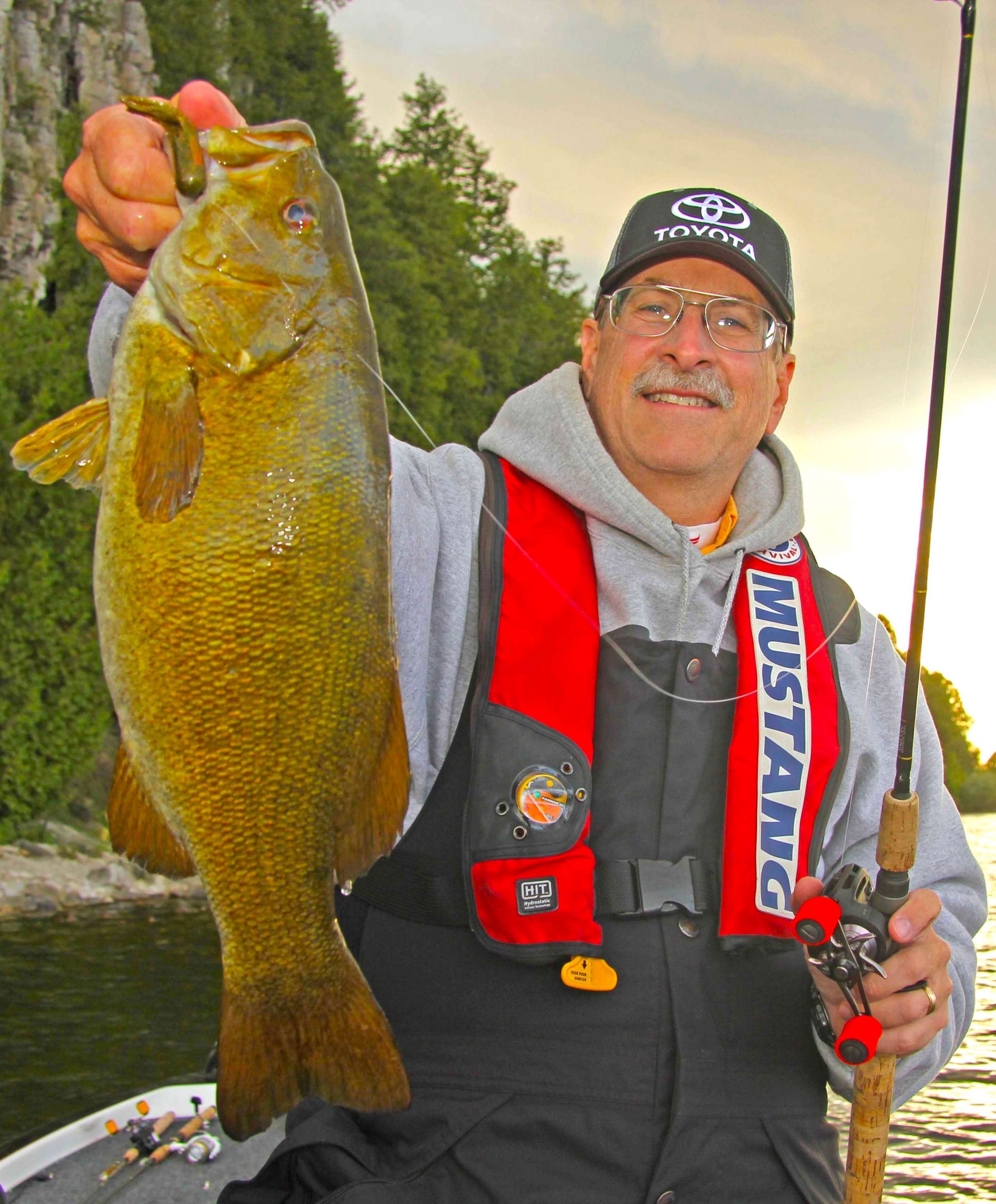 Conventional angling wisdom says in clear water use “natural looking” lures. Bright days use light colors, in low light or more turbid water use darker colored lures. But do bass pick and choose what they eat based on the same criteria? Does their diet change based on water clarity?

Researchers have known for some time that changes in turbidity can influence fish behavior. It all boils down to light penetration and “visual acuity.” In general, under more turbid conditions, prey species have a harder time seeing their own food. And more importantly, detection of predators and their reaction distances are reduced which can also lead to early mortality – being eaten.

Predatory fish like bass are just the opposite. As light intensity decreases either from reduced sunlight or from increased turbidity, the advantage shifts from the prey fish to the predators. In clear water many prey fish can see and recognize bass as a threat much further than the bass can see and recognize the prey as a meal. Reduce the available light or dirty up the water a bit and bass gain the edge. Think dawn and dusk? Reduced light = advantage bass. A plankton bloom that provides a nice green tint to the water and reduces visibility to a few feet = advantage bass.

But just how does that change in light availability or water clarity affect predator feeding? Studies in the laboratory, later confirmed by field evaluations, show that although darker water offers an element of concealment for the predator, the trade-off is a reduced ability to discriminate targets and accurately strike the prey. Since bass are basically sight feeders, in clear water they can see a greater distance and have a higher capture efficiency – better vision equals greater success. But as the water gets darker or increasingly turbid, their ability to accurately locate a target and capture it goes down.

Keep in mind, however, that just how dark it looks to you or how turbid you think the water is may not be the same to a bass. Bass have excellent vision and can see objects at surprising distances. They probably do not know if the object is a shad or a crayfish — it might be too dark or turbid to allow them to see the details — but the visual outline coupled with other sensory information such as vibration will often lead them to closer inspection and eventually to an attack on the object. They will often engulf an object then decide if it is really food and make a decision to swallow or spit it out.

From an angling perspective, one interesting observation that biologists have made is that a bass’ diet may change significantly as water clarity changes. In clear water, bass will stalk and attack the abundant, easily located schools of shad. But although shad may make up the bulk of their food, during periods of increased turbidity, crayfish intake will often increase. The same holds true in low light conditions. Is it any wonder that a jig or soft plastic creature bait is often the bait of choice in dark water?

It appears that science can support conventional wisdom. Clearer water means more light and better vision so color, size, shape, and detail may really make a difference in what lure you should choose. In dirty water or low light conditions, detail may be less important and dark or fluorescent colors may be more easily seen, presenting a contrasting silhouette that entices the bass to strike first and ask questions later.

Plant it and they will come