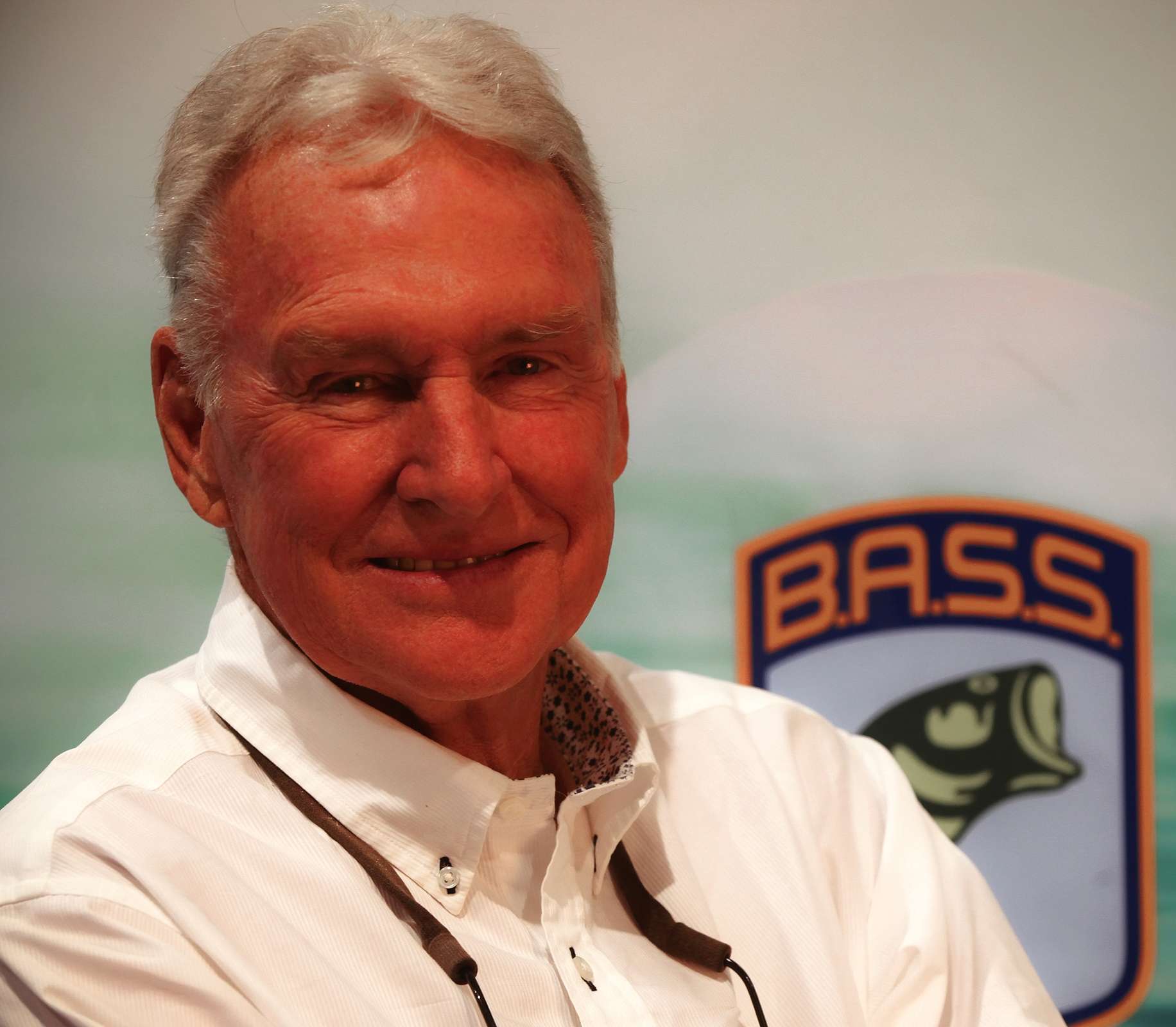 I want to end up touting the 2017 GEICO Bassmaster Classic today and claim that anyone who has ever heard of a bass needs to show up for this event next spring. By doing this, it gives me a great excuse to tell you a weird little story. This story happened in 1960 and is absolutely the truth.

Let’s see, 1960, we’re still several years away from the modern day bass boat, and it’s about seven or eight years before Ray Scott comes up with the idea to organize the bass fishing world.

I’m in my very early 20s living in the little town of Bull Shoals, Ark., and working at the boat dock, Bull Shoals Landing.

So out of the blue this gentleman, who’s dressed completely out of the norm (he’s wearing a suit), walks onto the dock and wants to talk to me about his idea of having an event on Bull Shoals Lake called, “The World Series of Fishing.”

This unusual little man was Hy Peskin, and he hailed from somewhere up north. I would find out in the coming weeks that he was quite the salesman, but as far as I know, he had never been fishing in his life. Am I getting you pumped up about Houston yet? Well, hang with me.

So as best as I can remember, here was Peskin’s idea.

He would have a three-day fishing contest, fishing eight hours per day. You would weigh in any gamefish you caught, and the contestant with the most weight would receive a plaque and be crowned the champion of “The World Series of Fishing.” If I’m not mistaken, although there was no cash prize, there was an entry fee of $25, and that’s where Peskin made out.

Now, here’s a strange part of the whole deal. He wanted as many people from the media, writers, TV hosts, etc., in the competition as he could get. He also wanted one of them to win because he thought that if a writer from Chicago won the event, for example, then it would get more press and his project would grow.

You know as I look back, Peskin had a lot of bad ideas. But for a guy with zero fishing knowledge, he was on to something.

Now he didn’t rule them out, but he hoped very few local anglers, and particularly lake guides, would sign up.

Well Peskin got his wish. There were about 50 entries. That included 40 from the media, about six or seven local anglers, and maybe three guides. The only problem was this — one of the guides was from nearby Table Rock Lake, and he just happened to be the toughest, baddest, bass fisherman on the water. His name was Glen Andrews (pictured in photo above), and he would be Peskin’s worst nightmare.

That was almost 60 years ago, but I’ll go way out on a limb and say that Glen Andrews is still among the best half dozen bass fishermen that ever lived. Ask Bobby Murray, Bill Dance or Ray Scott, if you don’t believe me.

Remember now, you can target any gamefish, but most of these guys were bass fishermen, and it was a bass fishing lake.

It was fall and fishing was pretty tough. But Andrews took a Zara Spook, went as far back in the creeks as he could go and caught good limits of bass the first two days.

Well there was only one thing that Peskin could do to stop Glen Andrews. He would come up with some new rules for that last day. Change the rules; you can’t do that, right? But remember this was almost 60 years ago.

I can assure you there will be no rule changing at this year’s Classic in Houston, and by the way, you’d better reserve some rooms as soon as you can.

Here’s how “The World Series of Fishing” would come down.

On that last day, Peskin cut the field to 15 and zeroed the scores so that all of the competitors were even again. Glen Andrews would have still probably won, but one more change got him.

In the town of Bull Shoals, there’s this high bluff that looks out over the lake. You can see several miles in two or three different directions. But you can’t see the back end of any creeks. Peskin asked for spectators to come to the bluff, bring their lawn chairs, have a big party and watch the competition. He ruled that no angler could get out of sight of the people who watched from the bluff and that kept Glen Andrews from going into the back of any creek. He envisioned hundreds of spectators on top of that spot overlooking the lake and his event being a giant success.

About 10 people showed up to watch. Glen Andrews got skunked, and the organizer was happy because a writer from a paper in Missouri caught a 6-pound trout while trolling (yes, that was legal then), and this angler, who was never heard of again, became “The World Series of Fishing” champion.

I guarantee you that whoever wins the 2017 Bassmaster Classic will be someone you have heard of before and will remember forever because this Classic may be the biggest bass fishing event there ever was. Don’t mean to be so dramatic, but there are some big things going on down in Houston.

This whole 1960 event sounds like an absolute train wreck, but it really wasn’t because believe it or not, some history was made in those few days. For one, it was a beginning of something. You know, bass fisherman as a whole are a pretty competitive bunch, and this was an eye-opener.

This event also introduced us to a great fisherman, Glen Andrews, and it introduced us to fact that there are anglers out there whose talent is above and beyond. And, that talent can draw people to the sport. Andrews didn’t fare too well at Bull Shoals, but solid tournament rules began to form, and in these new contests, Andrews began to dominate. When Ray Scott had his first meeting to start developing B.A.S.S., he invited very few people. One of them was, you guessed it, Glen Andrews.

Now, I have to hand it to Hy Peskin. Sure he had some squirrely ideas. But he thought a fishing tournament was a good idea, and I’m not going to say he was 50 years too early. To the contrary, I think he was right on time.

As I’ve already predicted, history should be made on many levels in the 2017 Bassmaster Classic. That will be 57 years after 50 anglers left the dock on Bull Shoals Lake, thinking this might amount to something.

Folks, if you were even born then and knew about it, would you have come to the 1960 “World Series of Fishing”?

I doubt it. But you better not miss the 2017 Classic. The dates are March 24-26 in Houston, with the fishing taking place on Lake Conroe.