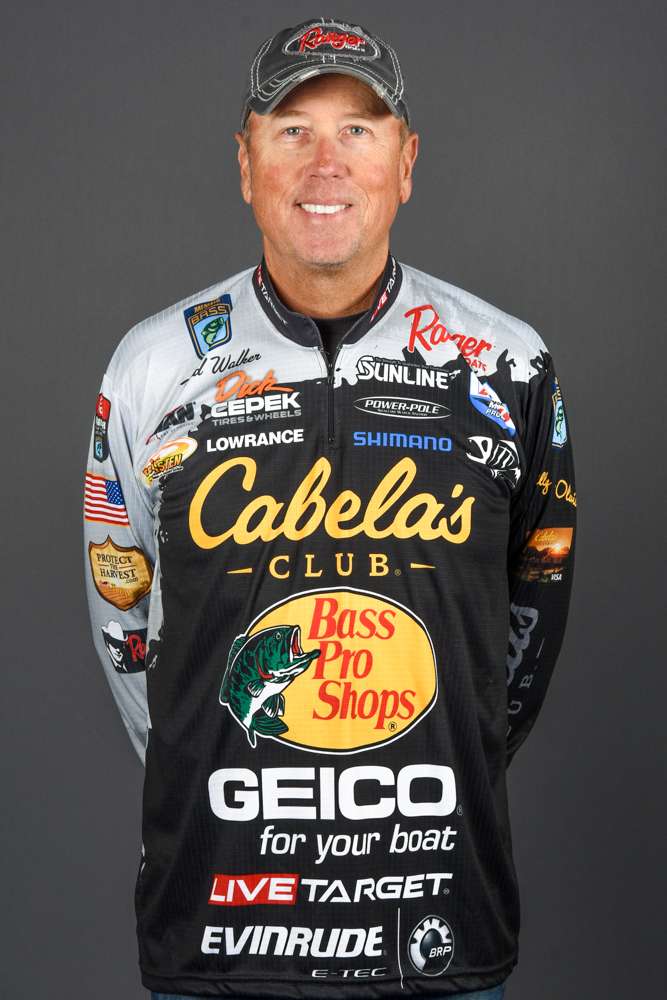 I had to look high and low to find a silver lining to the fact that I will not be fishing the 2017 Bassmaster Classic presented by DICK’S Sporting Goods on Lake Conroe in March. I finally found one when B.A.S.S. announced the 2017 Bassmaster Elite Series schedule and revealed that there were two Elites events before the Classic.

Now you’re probably wondering why I would be so excited about having two events before the Classic. Well, for the past 10 years, if you did not make the Classic, you had to sort of sit on your hands and wait until the Classic was over with before you could make an Elite Series cast again. But this year will be different: We fish Cherokee Lake and Lake Okeechobee before the Classic, which is why I named this blog Fishing Cher-okee-chobee.

Seriously though, this does set up an interesting dynamic for this season. Fishing a Classic takes a lot of time, prep work, energy and focus. Now roughly one-third of the Elite field will be thinking about the Classic while the rest of us are totally focused on redemption in 2017 – it’s almost like we get a little head start with that redemption process. Trust me, in the realm of professional fishing, there is nothing that burns quite like missing a Classic. Let’s just say it’s a wonderful motivational tool, so bring on Cher-okee-chobee.

I can’t think of two more polar opposite lakes to start the season with: first, a highland impoundment with mixed species in the middle of winter and then a shallow, natural bowl of vegetation in what almost classifies as the tropics. These two venues are like bookends on either side of the bass fishing spectrum. Literally all the equipment, except for our boats, will be changed out between those two tournaments because they have absolutely nothing in common.

Another huge difference in the two lakes is the vast amount of historical data that exists for Okeechobee for that time of year compared to Cherokee. In the modern era of electronic tournament reporting on the Internet, there have been so many Okeechobee events covered, an angler could literally sit at home on the computer and become an Okeechobee expert without even seeing the lake.

I used to fish Cherokee quite a bit way back in my bass club days. But due to my touring schedule, I haven’t fished much on the lake over the past 15 years.

Since it’s close to my house, I spent a lot of time there this winter, re-discovering my old stomping grounds.

When I fished there years ago we had 18-foot bass boats with 150’s and Cherokee seemed so huge. To make a run way up the river seemed like such a long, dangerous journey. Back then we had no GPS so winter drawdown brought a lot of the humps and shoals up to the water line, and running a “long way” was a bit of a gamble as those shoals were notorious for eating lower units.

These days with big boats, big outboards, plenty of fuel capacity and awesome electronics that show you every shallow hump and point, the lake now seems so small. When I fished it this winter I literally had to laugh out loud at myself for calling it “an ocean” in my club days.

Another funny thing is we used to scour around for hours with a flasher to find “hidden” humps and ditches. I went back to revisit some of my old “honey holes” this winter and it was almost comical how much they stuck out on GPS mapping – the only thing missing was a sign on the screen that said “FISH HERE.” Literally every “secret” spot I used to have is now highly defined on GPS. It’s just crazy to go back and visit places you used to fish many years ago and look at them now through the eyes of better equipment and technology.

Even though I won’t be in the Classic I will be at the Classic working for my sponsors. So please come by and visit me and let’s talk fishing. My boat will be set up in the GEICO booth, and I’ll also be spending time in the Evinrude, Ranger, Cabela’s, Dick Cepek, Live Target and Z-Man booths.

And, hey, maybe by then I’ll be leading the 2017 Toyota Angler of the Year race before “last year’s Classic” even ends.