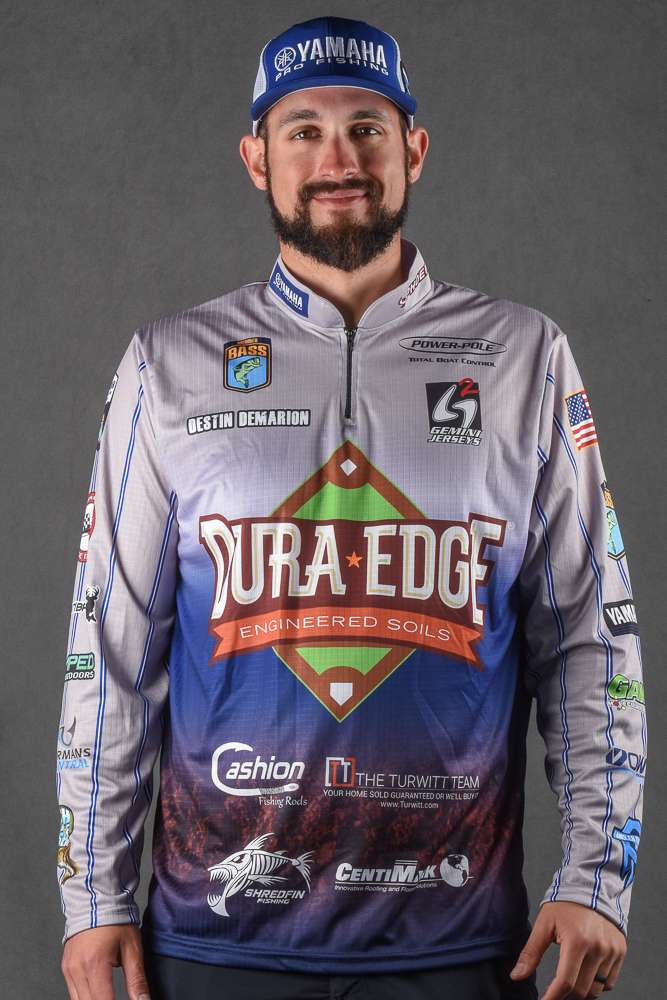 Summertime in most of the U.S. means a rising thermometer and sweating through a sun buff-now-turned-COVID facemask. This is often true even in smallmouth country where big smallmouth follow the cooler water out to the depths.

Spring and fall are usually the best times to catch both numbers and size on most smallmouth fisheries, but summertime can still be one of the most fun times of year to target smallmouth in your neck of the woods. It just takes some looking around and a handful of tried-and-true presentations to keep fishing hot through the dog days of summer.

If you’ve ever been smallmouth fishing before, chances are you’ve used a drop shot. That’s for good reason. It is probably the most effective way to catch smallmouth all year long. When the bass finish their spawning rituals and start making their way to summertime haunts, a drop shot shines bright. You can drag or video game fish this bait around high percentage areas such as the drops outside of spawning flats, humps, rock shoals and current seams to name a few.

The reason it’s number one on my list is it’s the most effective vertical presentation of the five. As the water keeps warming bass can go deep — real deep. On my home waters of Lake Erie in Pennsylvania, I’ve caught bass as deep as 55-60 feet in the middle of the summer. A drop shot with a heavier weight can get down to those depths quickly and be fished effectively because you still have plenty of feel which is important when detecting bites can be tricky at times.

Some of my favorite baits for drop shotting in the summertime are the Berkley Maxscent Flat Worm, Flatnose Minnow, and 4-inch General. Depending on the fishes’ moods, these usually will cover the sometimes-finicky mood changes of smallmouth in the summer. Smallmouth are very scent oriented when fishing on the bottom — there’s just something about that Berkley Maxscent that triggers those neutral fish better than others.

A close second behind the drop shot, the Ned rig has become a go to for me around the country. This little finesse presentation takes all prisoners, catching just about anything that swims. For me, the Ned rig has all but replaced the old tube bait in most situations.

Started in the Midwest by a man named Ned Kehde, the presentation has picked up a lot of steam in the last decade on the tournament scene and is a bonafide smallmouth killer. I fish the Ned rig in deep and shallow water, but the only thing it lacks in deep water is the feel a drop shot offers. It’s great for mimicking forage like gobies where I live as well as craws, perch and just about anything else you can imagine.

It’s basically just an open jighead — now there are weedless varieties — and a small section of a stickworm like the original Senko. It’s primarily a bait you drag, but it can be fished with hops or a steady slow retrieve.

There are many baits out there for the Ned rig now as ZMan was the first, I believe, and the company makes good Ned baits like the TRD. I like the Berkley Maxscent General as well and the Cashout for a smaller presentation. Most worms are in the 2.75-inch to 4-inch variety, and I often use any size in between. Try to match the hatch and mimic your local forage this summer and tie up a Ned rig for some summertime smallmouth.

Excluding a few of the Great Lakes areas I fish, I will have some kind of topwater walking bait tied up everywhere I go smallmouth fishing in the summertime. I like to throw a pretty big one for its profile and calling power in the 120 size like the Berkley J-Walker. It’s tough to beat an all-white walking bait around the country too.

Although smallmouth do tend to go deep on most fisheries, they often live in places with clear water. This enables them to see and track a bait from a long distance, and a topwater walking bait is great for this situation. Smallmouth are often nomadic and will follow baitfish schools a lot. Don’t be surprised if, when you run into a bite, there are plenty more fish following the one you just hooked.

Swimbaits catch big fish, and this is no different with smallmouth. There’s just something about a swimbait that can attract bigger than average bites. However, when I’m targeting smallmouth in the summertime, I’m not necessarily fishing a swimbait that’s very large. Smallmouth, as their name indicates, have small mouths, smaller than their largemouth cousins. Because of this a bulky bait often has a low hook-and-land percentage.

For me, I throw a swimbait in the 3.5-inch to 4-inch range a majority of the time when targeting summertime smallmouth at least in the northern states. I know a lot of guys in the South catch big smallmouth on reservoirs and river systems down there throwing those big ledge swimmers like they do for 8 to 10 pound largemouth, but that’s not what I do.

The great thing about a swimbait is you can fish it anywhere from just under the surface down to just about as deep as you want it. You do this by adjusting the size of the weighted swimbait head or belly weight. A good all-around size is a 3/16-ounce head, and this is what I usually will throw with a Berkley Power Swimmer or something like a Keitech.

This one may surprise you, but another bait I would have tied on is a jerkbait. Many think a jerkbait is just a cold-water presentation, but I’m here to tell you, it’s not. A jerkbait is often a great search bait for roaming smallmouth in the summer, if they are shallow enough to be able to fish it.

Manufacturers make jerkbaits that run just under the surface all the way down to about 15-feet deep now. In most situations you can probably catch one or find them on a jerkbait. A jerkbait is better fished erratically as the water is warmer, and it will often get you a reaction strike from a smallmouth. They are also very curious and may just follow the lure to see what it is. In that case, you can often follow up with a drop shot or Ned rig to clean up after it.

I’ve fished a lot of jerkbaits over the years and still use plenty. I’m a Berkley guy and use some like the Cutter 110+ and the Juke, but ones like the Megabass 110 varieties also are effective.

To sum things up, don’t let the dog days of summer keep you from enjoying some great smallmouth fishing. Yes, it can be a bit more challenging this time of year to catch the same numbers you would in the spring. Even so, putting in some time searching and learning their summertime movements at your favorite local lake can still pay big dividends with some fat and happy bronzebacks.