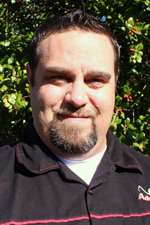 Bassmaster photographer Shane Durrance and I are debating the size of Swindle’s limit reported on BASSTrakk.

Moments ago, Swindle landed a largemouth on his swim jig that was easily two pounds and after using the balance beam on his T-H Marine GForce Conservation Culling System it didn’t even come close to culling his smallest fish.

We’re in agreement that his BASSTrakk estimate isn’t off by a massive amount, but possibly somewhere over a half of a pound or slightly more.

Of course, the scale that truly matters is the one that Senior Tournament Manager Lisa Talmage operates on stage at Coosa Landing this afternoon, but it’s something to keep in mind as the day grinds on here at the Whataburger Bassmaster Elite at Neely Henry

And… as I finished typing this entry, he just caught one that easily culled his smallest fish, perhaps gaining another pound in the process